Superiority in the quantity, and in many cases quality, of material was a major contributing factor to Allied victory in 1918.

Evenly Matched at the Start

From 1914 to 1916, the Entente and Central Powers were more or less evenly matched when it came to the provision of war supplies such as weapons, ammunition, food rations, and horses. Both sides experienced shell shortages throughout 1914-1915, as the intensity of fighting exceeded production. Russia, a key Entente power, was chronically undersupplied in comparison to more heavily industrialized allies and enemies.

To increase production, every fighting country reorganized its wartime economy in support of the war, and the home front became increasingly important in meeting the needs of armies in the field. Previously civilian industries were mobilized to manufacture artillery, ammunition, and the many other requirements of war. By 1917, the pace of munitions production in the British Empire in particular outpaced that of Germany and the Austro-Hungarian Empire, and Britain’s naval blockade of German ports affected its industry, economy, and transportation networks.

The United States Tips the Balance

After April 1917, United States entry into the war began to tip the logistical scales in favor of the Allies. American participation guaranteed an infusion of money and a surge in troops. While American soldiers arrived too late on the Western Front in sufficient numbers to make a decisive impact, the promise of their arrival brought renewed vigour to the Allied armies and dealt a crucial blow to enemy morale.

From Production to Use at the Front

Vast railway lines transported war material to the front from ports along the Atlantic coast. Forestry, labour, and railway formations, as well as Chinese labour units, built rail lines and roads behind the lines. From the railheads, light rail and trucks transported the supplies to within the sound of the guns at the front. Here, all armies relied on horses and mules to carry the supplies close to the trenches, where they were finally brought in to the front lines by the ‘mules of the army,’ the infantry. 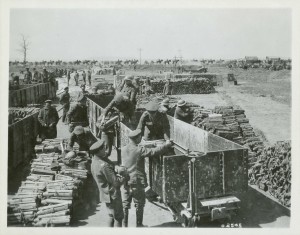 Soldiers load ammunition into Canadian light railway cars. In the background, a line of horses pull 18-pound guns up to the front. The shells here are protected by wooden slats; even minor dents and scratches could disrupt a shell's trajectory.

Felling a Tree in the Vosges Moving the Truck Another Yard 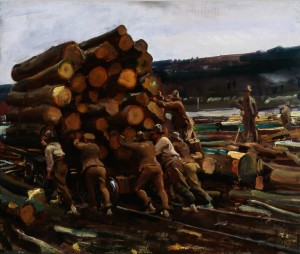 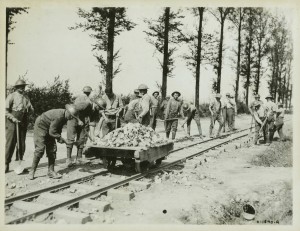 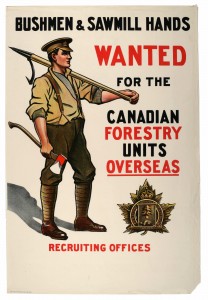 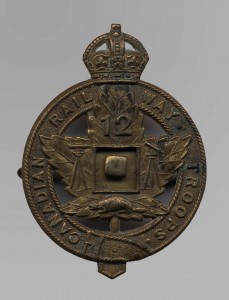 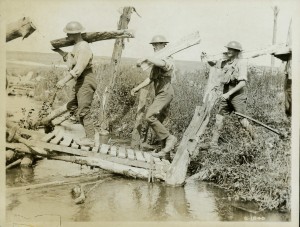 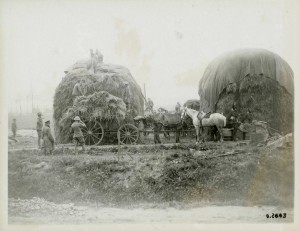 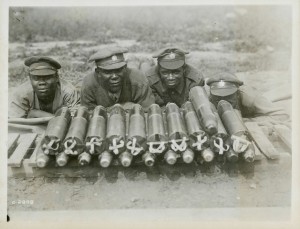 Men of the Forestry Corps 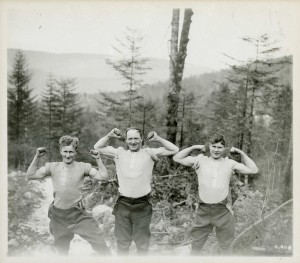 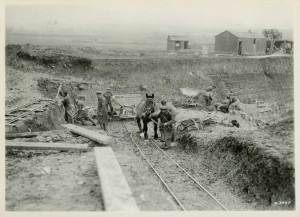 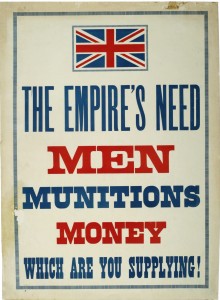 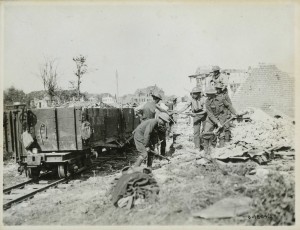 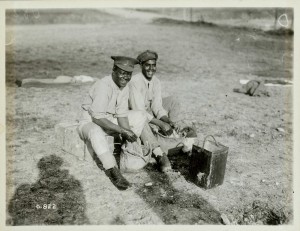