Communication between the rear areas and front line units, as well as laterally along the front line, was always difficult, and often led to failures in battle.

Vulnerable Communication on the Ground

On the ground, signalers used a variety of devices and methods to send messages. Telephones were reliable, but their long, strung-out wires were vulnerable to shellfire and frequently cut. Burying the lines deep into the ground was labour intensive and time consuming, and still did not always protect against shellfire. Pigeons were surprisingly effective in carrying messages, but required special handlers and could become disoriented by the noise of artillery barrages.

Aircraft flew “contact patrols” to observe the forward movement of troops. They were only fitted with transmitting wireless sets, as receivers added too much weight to the airframe. Aircraft could also drop messages near a headquarters or friendly position. Troops on the ground used various methods, such as signal lamps, panels, and flares, to send messages to aircraft.

Despite these tools, communication often broke down between the attacking infantry and their headquarters in the rear. When this happened, commanders did not know the location of their troops and were unable to support them with accurate artillery fire, ammunition, or supplies. This failure in communication was never fully solved during the war. 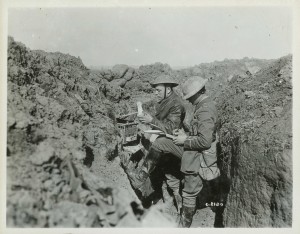 These two soldiers are sending a message by pigeon, which was an effective means to communicate from front to rear, and back again. However, pigeons could become confused in heavy artillery shelling and succumbed easily to lethal poison gas. 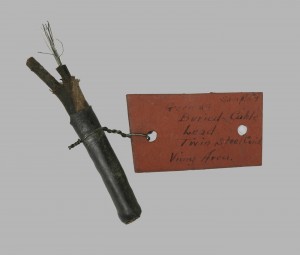 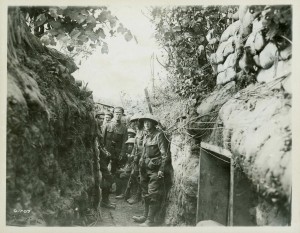 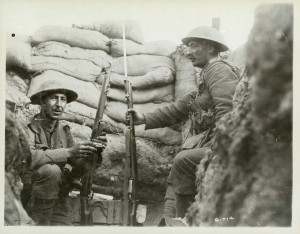 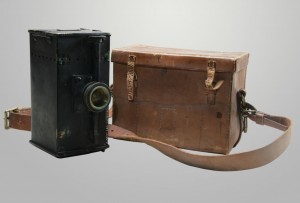 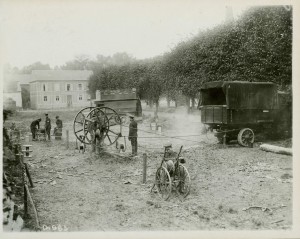