Europe before the War

Rival alliances, clashing interests, and secret treaties divided pre-war Europe, and set the stage for a war that would quickly engulf most of the continent, and much of the world.

The Triple Entente vs. the Central Powers

At the start of the war, the Triple Entente powers were:

On the other side, were the Central Powers:

The Ottoman Empire, often known as Turkey, was not part of the Central Powers alliance in August 1914, but it had declared war on most of the Entente Powers by the end of 1914. In October 1915, Bulgaria joined the Central Powers.

Italy, a pre-war ally of Germany and Austria-Hungary, entered the war in 1915 on the side of the Entente. By 1918, many other countries had become involved, including the United States and Japan on the Entente’s side.

Long-standing territorial grievances, colonial competition, and fear of surprise attack plagued international relations in the run-up to war. Once fighting seemed likely, no state wanted to mobilize last, lest its enemies use the opportunity to settle old scores. Mobilization schedules, martial rhetoric, and secret obligations set most of Europe on the path to war.

All of the Great Powers of Europe had national interests that they hoped would be achieved by going to war. 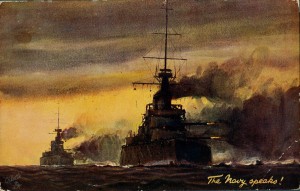 This postcard shows two British battleships, in a staggered line-ahead formation, firing at close targets. These warships were a source of pride and a symbol of Britain's naval dominance. 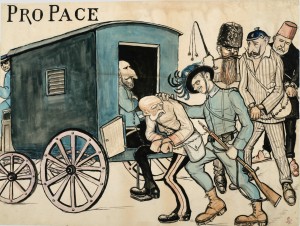 The “Scrap of Paper” 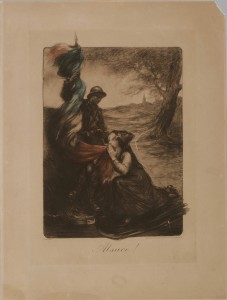 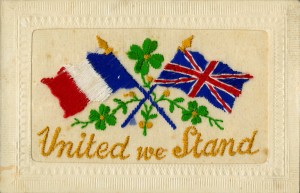 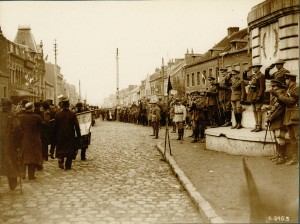