Life in the trench, the infantry’s home for much of the war, involved a day-to-day routine of work and leisure.

Each dawn, the usual time for an enemy attack, soldiers woke to “stand-to,” guarding their front line trenches. Afterwards, if there had not been an assault, they gathered for inspections, breakfast, and the daily rum ration.

Following morning stand-to, inspection, and breakfast, soldiers undertook any number of chores, ranging from cleaning latrines to filling sandbags or repairing duckboards. During daylight hours, they conducted all work below ground and away from the snipers’ searching rifles. In between work fatigues, there was often time for leisure activities. Soldiers read, kept journals, wrote letters, or gambled.

Nighttime in the trenches was both the busiest and the most dangerous. Under cover of darkness, soldiers often climbed out of their trenches and moved into No Man’s Land, the blasted landscape separating the two armies. Here, work parties repaired barbed wire or dug new trenches. More aggressive operations involved patrolling for enemy activity or conducting raids to kill or capture enemy troops or to gather intelligence.

A Steady Trickle of Death

Even in the so-called quiet moments, trench life witnessed a steady trickle of death and maiming. Outside of formal battles, snipers and shells regularly killed soldiers in the trenches, a phenomenon known as “wastage.” This regular death toll ensured the need for constant reinforcements. In the 800-strong infantry units, “wastage” rates were as high as 10 percent per month, or 80 soldiers killed or incapacitated. 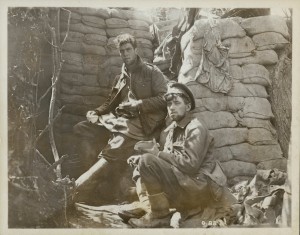 Lunch in the Trenches

Two soldiers eat slices of bread while propped up against sandbags. Bread rations usually arrived in three-pound loaves that were shared among several soldiers. Food was bland and monotonous, but no one ever starved. 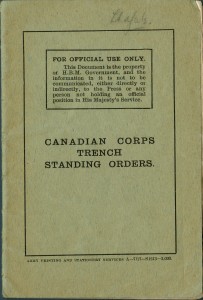 Tricks for the Trenches and Wards 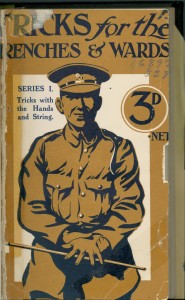 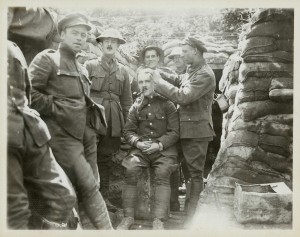 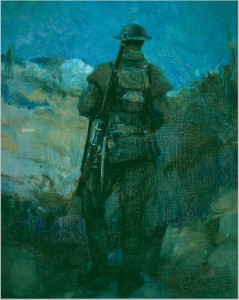 Cooking in the Trenches 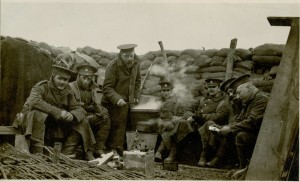 Do Not Stand About Here 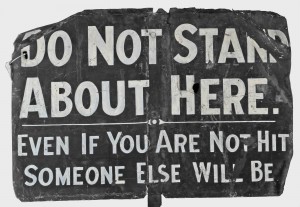 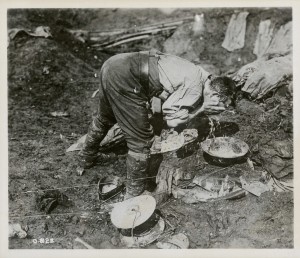 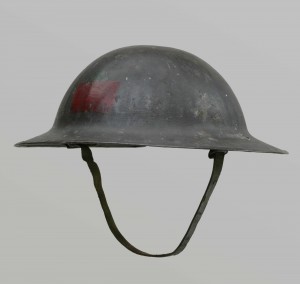 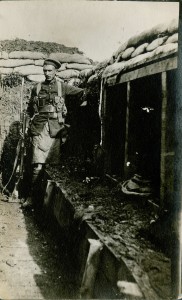 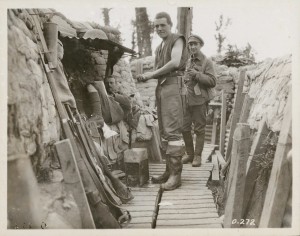 Making Use of a Shell Hole 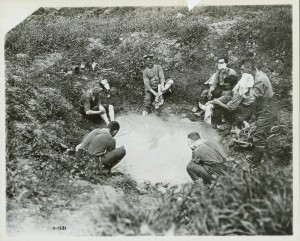 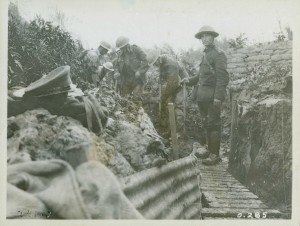 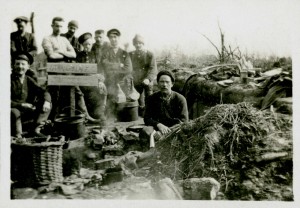 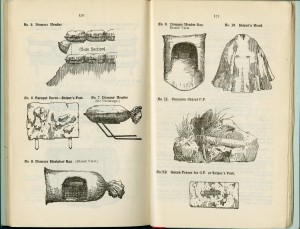