Laurier was a committed nation builder and an adroit politician known for his effectiveness as a facilitator and agent of compromise. His 15 years as prime minister included the successful handling of serious disputes over language education, foreign policy, and railways, the creation of the provinces of Alberta and Saskatchewan, and the addition of some two million people, mainly immigrants, to Canada’s population. Following his defeat in the 1911 election by Robert Borden’s Conservatives, Laurier continued as leader of the opposition, a position he would hold until his death in 1919.

Laurier strongly supported the war effort, but not the introduction of conscription or other key government policies. He rejected overtures from Borden of a wartime coalition and was lionized in much of French Canada for his principled opposition to compulsory service in the 1917 election. Many Liberals abandoned him to join Borden’s new Union government. Others shared his opposition to the government’s wartime agenda, but – like Le Devoir publisher Henri Bourassa – proposed greater national autonomy for Canada within the Empire than Laurier was prepared to accept.

Laurier was the dominant political personality of his era, and is remembered for his contributions to Canadian economic and social development in the early twentieth century. He died in February 1919. 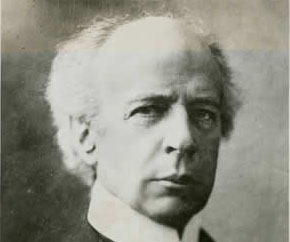