Close to 4,000 members of the Canadian Expeditionary Force were of Aboriginal descent, an astonishing number given the limited civil rights accorded Canada’s First Peoples in the early twentieth century.

First Peoples troops encountered a double cultural barrier in the military: the racial prejudice that marked the contemporary non-Aboriginal world, and a military hierarchy that worked almost exclusively in English, a language many Aboriginal recruits did not speak. Records and memoirs suggest that most units eventually embraced First Peoples soldiers, even providing a more welcoming or progressive environment than other areas of contemporary society.

A Record of Accomplishment

First Peoples troops left a remarkable record of wartime accomplishment. Several were commissioned as officers, and many served as battle-hardened platoon leaders and combat instructors. At least 50 were decorated for bravery on the battlefield. Many acquired near-legendary status as scouts and snipers, drawing on pre-war hunting skills and wilderness experience. The most decorated, Corporal Francis Pegahmagabow, an Ojibwa from the Parry Island Band near Parry Sound, Ontario, received the Military Medal and two bars for his bravery and effectiveness as a sniper. Former rodeo performer Henry Norwest, a Metis, was credited with 115 kills before his death. Alexander Smith, Jr. and his brother Charles, the sons of Six Nations Cayuga chief Alexander G. Smith, were both awarded the Military Cross.

Many First Peoples soldiers returned from the war hoping that their sacrifice and achievements on the battlefield would lead to greater recognition and improved living conditions at home. Federal policy extended many post-war benefits to Aboriginal veterans, but not as many as those accorded non-Aboriginals. Nor did the war herald a broader breakthrough in civil liberties for First Nations. Many Aboriginal veterans, including Francis Pegahmagabow, became politically active in the protection of their communities and the advancement of First Nations rights. 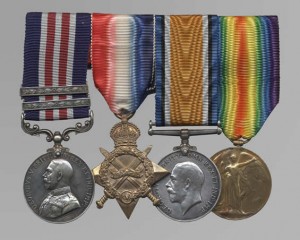 Francis Pegahmagabow's medal set includes the Military Medal, with two bars, the 1914-1915 Star, the British War Medal 1914-1920, and the Victory Medal 1914-1919. Pegahmagabow was Canada's most decorated Aboriginal soldier in the First World War. Peggy, as his fellow soldiers called him, enlisted in August 1914 and went overseas with the First Contingent. He served for most of the war as a scout and sniper with the 1st Battalion, acquiring a fearsome reputation as a marksman. At the Battle of Mount Sorrel in June 1916, Pegahmagabow captured a large number of German prisoners and was awarded the Military Medal. He was awarded a bar to his Military Medal during the Battle of Passchendaele in November 1917, and a second bar for actions during the Battle of Amiens in August 1918. 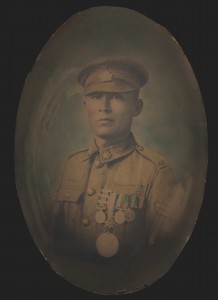 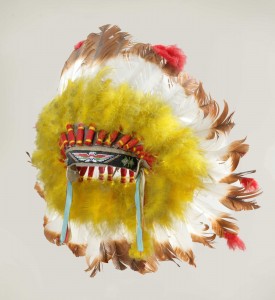