More than 6,200 troops served with the dominion’s principal contribution, the Newfoundland Regiment, which fought throughout the war as part of a British division. The Newfoundlanders served in the Middle East and fought in the Gallipoli campaign against Turkish troops before moving to the Western Front in early 1916. On the opening day of the Somme offensive, 1 July 1916, the Regiment suffered 710 killed, wounded, and missing out of 801 present in a 30-minute attack on German positions near Beaumont Hamel. The reconstituted regiment, later given the title ‘Royal’, participated in several other major engagements and undertook occupation duties in Germany after the Armistice. In October 1918, one member of the Regiment, 17-year-old Thomas Ricketts, earned the Victoria Cross, the British Empire’s highest decoration for courage in the face of the enemy.

As in Canada, recruitment in Newfoundland became more difficult after the heavy casualties of 1916 and 1917. The creation of a new militia department along with a substantial propaganda campaign that featured special inducements for married men did not maintain troop strength. A Military Service Act, or compulsory service, became law in April 1918 after a bruising political fight similar in many respects to that in Canada the previous fall. Largely Catholic rural districts dependent on fishing labour opposed conscription; mainly Protestant St. John’s, the capital and largest city, supported it. Labourers and unionists called for the conscription of wealth; the business class countered that conscription was the best means of sharing wartime burdens. The Regiment overseas, having been reinforced in the spring with the last volunteers in the training depots, ended the war as a volunteer formation. The conscripts remained at home.

Great Britain’s declaration of war automatically committed Newfoundland to the struggle, but the dominion government’s patriotic response was genuine and popularly shared. The war temporarily muted political conflicts over religion, class, and the economy, and a new, bipartisan Newfoundland Patriotic Association (NPA) managed most aspects of the war effort. Women’s groups, social organizations, and churches were the basis for a dense network of patriotic associations committed to veterans’ welfare, overseas relief, and fundraising. A National Government replaced the NPA in mid-1917 amid the growing conscription debate and charges of war profiteering by wealthy merchants. It enacted the Military Service Act and governed until the Armistice, but collapsed in May 1919.

Newfoundlanders served in several other forestry, naval, and military units, including nearly 2,000 in the colony’s naval reserve, which recruited only from the ranks of sailors and fishermen. Many more sailed individually with British, Canadian, and American military and merchant ships; of 500 known to have served as merchant sailors, more than 100 died. Several dozen women worked as nurses in the Volunteer Aid Detachment.

Tents, material, horses, and soldiers fill the West Beach, scene of a British landing during the Gallipoli campaign. While Turkish troops originally held the heights around the beach, at the time these stereoscopic photographs were taken they had been driven inland. Newfoundlanders fought with the 29th British Division in the Gallipoli campaign. The regimental war diary recorded 87 casualties. 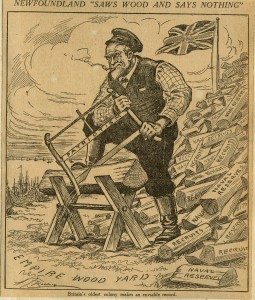 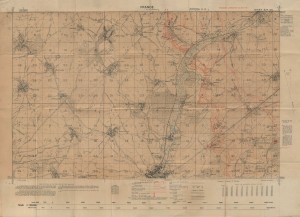