In August 1914, flying was still in its infancy. Taking off and landing a plane without crashing was a significant accomplishment.

The major powers combined had only a few hundred front line aircraft and airships at the outbreak of war. With the rapidly expanding role for aircraft in photography and aerial intelligence, all flying services soon grew in size and sophistication.

To supply this new aerial armada, dozens of training establishments were created by all belligerent nations, including several private flight training schools in Canada. The largest school in Canada was the Curtis Flying School in Toronto, where 400 minutes of flight instruction cost $400 or more than $6,000 today. Despite the exorbitant price, there were long waiting lists.

Canada did not have its own air force until the last month of the war, but 22,000 Canadians served in the British flying services. By November 1918, 25 per cent of Royal Air Force officers were Canadians. Thousands more Canadians were training to become pilots and observers when the war ended. 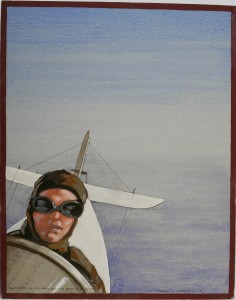 Looking Back at the Pilot

View of an instructor from the cadet's seat in a Curtis JN-4 training aircraft in flight. Pilot cadets flew from the first seat in the plane, while the instructor, who sat behind, had a similar set of controls in case he had to take over. Generally, the instructor tried to shout instructions over the roar of the engine. 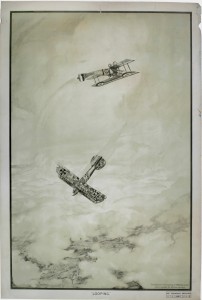 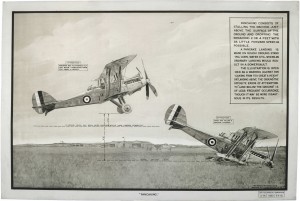 Beware of the Hun in the Sun 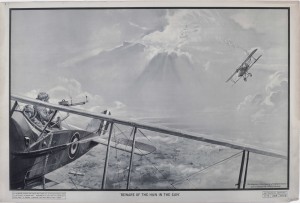 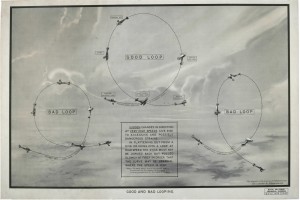 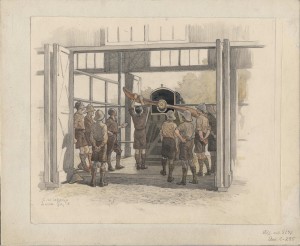 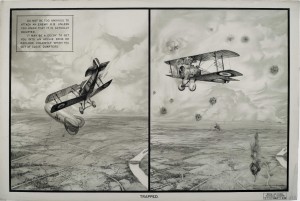 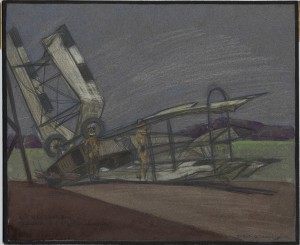