Currie commanded the Canadian Corps from June 1917 until its disbandment in late 1919.

From Militia Officer to Division Command

A militia officer and educator, Currie had never commanded anything larger than a regiment at the outbreak of war in 1914. He received a brigade command in the First Contingent and proved himself a capable organizer and training facilitator. During the Second Battle of Ypres in April 1915, Currie’s brigade played a pivotal role in holding the Allied position. He rose to command the 1st Canadian Division in September 1915 and led it effectively for the next two years.

Currie was not a charismatic leader and had no easy way with his soldiers. But his understanding of the importance of pre-battle preparation and the limited “set-piece” attack to “bite and hold” enemy positions derived from sincere concern over the needless sacrifice of lives in futile frontal assaults. He studied carefully the lessons of recent fighting and sought to implement them in the forces under his command.

Sir Julian Byng, the Canadian Corps commander from 1915 to 1917, groomed Currie as his replacement. When Byng was promoted to army command after his Canadians had successfully stormed Vimy Ridge in April 1917, Currie was appointed in June to head the Canadian Corps. The first and only Canadian soldier to occupy the post, Currie proved an excellent corps commander. His willingness to demand more guns or preparation time prior to major assaults saved Allied lives and enhanced the prospects for success. Under Currie’s leadership, the Canadians cemented their reputation as an elite assault formation, with an unbroken string of major victories in 1917-1918 that included Hill 70, Passchendaele, Amiens, Arras, and the Canal du Nord. He is widely considered to have been among the finest generals of the war.

Currie’s sterling wartime reputation did not survive intact into the post-war period. His opposition to the appointment of politically favoured officers had created enemies in Ottawa. These included Sir Sam Hughes whose son, Garnet, a close pre-war friend, Currie had passed over for a senior appointment in France. When the war ended, the elder Hughes accused Currie of having sacrificed Canadian lives in fruitless battles on the eve of the Armistice. It was not true, but the accusation dogged Currie for many years, even after he became principal of McGill University in the early 1920s. The general eventually fought back, winning a high-profile court case against libel in 1928, but the effort damaged his health and he died in 1933 at age 57. Tens of thousands attended his funeral, the largest for any Canadian to that point in the country’s history. 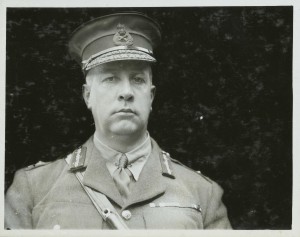 Lieutenant-General Sir Arthur Currie was made commander of the Canadian Corps in June 1917. A detailed planner, he refused to send his troops into battle without thorough preparations. The Canadians never lost a battle under Currie's command, even though he lacked charisma and was never popular with his soldiers. After the war, he became principal of McGill University in Montreal. 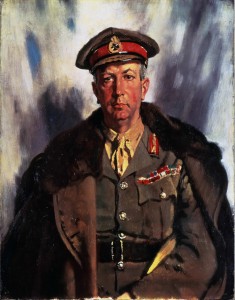