As commander of the Canadian Corps from May 1916 to June 1917, Byng transformed the Canadians into a well-trained and effective striking force whose victory at Vimy was one of most spectacular “set-piece” attacks of the war.

Byng came from a long line of military forebears – his grandfather had been a senior officer at Waterloo in 1815 – and he had held senior commands in Egypt, France, and Gallipoli before taking over the Canadian Corps. He replaced Lieutenant-General E.A.H. Alderson who had been removed from command after the Battle of St. Eloi.

While he came from an aristocratic family, Byng was loved and trusted by his troops, who soon began to call themselves the “Byng Boys.” He commanded the Canadians through several battles in 1916 and, after the Somme campaign in the fall, instigated a variety of reforms designed to improve the Corps’ training and tactical performance. Byng’s intensive preparatory regime of practice and planning resulted in the capture of Vimy Ridge after a vicious four-day battle in April 1917.

Within two months of this success, Byng was elevated to command the Third British Army. He helped to develop and lead the historic tank attack at Cambrai in 1917 and played a key role in the decisive battles of late 1918 that led to Germany’s defeat. The replacement Byng recommended to command the Canadians Corps, his protégé and former divisional commander Arthur Currie, assumed command in June 1917 and held it through the end of the war.

Byng took the title “Byng of Vimy” on being raised to the peerage after the war. From 1921 to 1926, he served as Governor General of Canada. Viscount Byng of Vimy died in 1935, much mourned by Canadians, including those he had led successfully in battle. 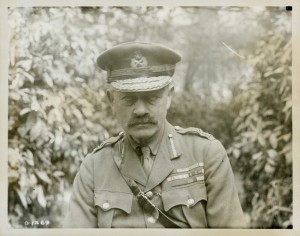 Lieutenant-General Sir Julian Byng commanded the Canadian Corps on the Western Front from May 1916 to June 1917. He forged the Canadians into an elite fighting formation, leading them through the battles of Mount Sorrel, the Somme, and Vimy Ridge. His Canadian troops called themselves the "Byng Boys," a testament to their commander's popularity. This photograph, from April 1917, reveals a tired and haggard Byng who, like so many, was aged by the war. 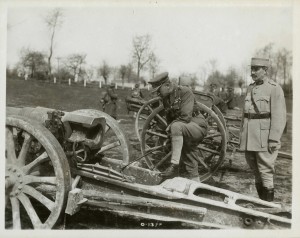 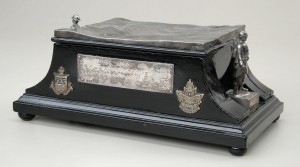 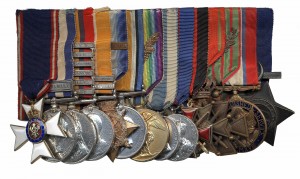