All major armies had equipped their infantry with bolt-action rifles by the early twentieth century. The combination of magazine-held rounds, reliable ammunition, and greatly increased range made them formidable weapons in the hands of trained infantry.

Problems with the Canadian Ross Rifle

British regular troops were renowned for their ability to fire 15 rounds per minute with Lee-Enfield rifles. The Canadians trained to emulate this rapid rate of fire, but they were equipped with the Canadian-made Ross rifle. A fine hunting rifle, the Ross was not robust enough for regular use in the trenches. It also had a tendency to jam after rapid fire, a possibility increased by the use of unevenly produced British ammunition.

Switch to the British Lee-Enfield

After complaints from the infantry, many of whom in battle had thrown away their Ross rifles and replaced them with British Lee-Enfields, the Ross was withdrawn from front-line service in mid-1916 and formally replaced with the British weapon. It remained in service with snipers and in some training establishments.

The replacement of the Ross rifle angered Canadian nationalists such as Sir Sam Hughes, the Minister of Militia and Defence, who blamed faulty British ammunition for its difficulties. The Ross scandal was a blow to the government and allowed its critics to accuse Hughes specifically, and the entire Borden government more generally, of failing to support the troops overseas.

While artillery and machine-guns dominated the First World War battlefield, trained infantry could still lay down heavy suppressing or destructive fire against targets advancing in the open. In the attack, the infantry often used bayonets attached to their rifles, and rifle-fired grenades were in common use by early 1916.

The more robust British Lee-Enfield rifle replaced the less reliable Canadian-made Ross rifle in all front line Canadian battalions by late 1916. This rifle would also have had a carrying strap. 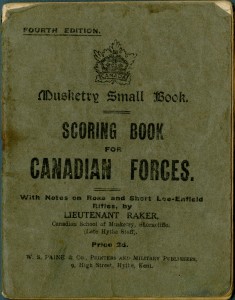 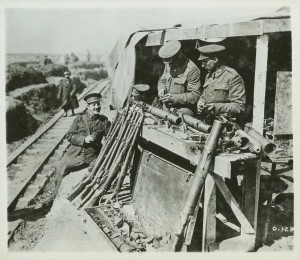 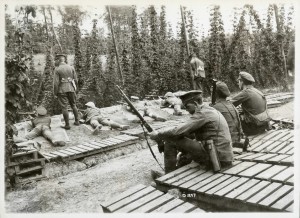 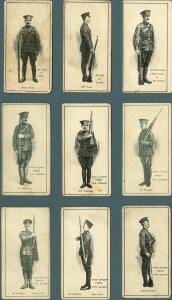