Barbed wire and machine-guns stopped many Allied attacks with heavy casualties in 1915 and early 1916. The British turned to armoured vehicles as one way to cross No Man’s Land and break through the enemy trench system.

The riddle of the trenches was to find a way to overcome the power of the defender. The defender had many advantages:

The First World War tank developed from the interest of some military officers in the marriage of tractors with caterpillar tracks as a means of crossing trench obstacles and breaking through barbed wire. After a successful field demonstration in 1915, Britain established a secret “Landships Committee” to study the military prospects of the vehicle, at first seen more like a warship than a land weapon, hence the name “landship.” The initiative was codenamed the “tank” because its hull resembled that of a water carrier. The first prototypes were completed in early 1916, and the first several dozen machines were at the front by mid-1916.

Test at the Battle of Somme

British forces first used tanks during the Battle of the Somme in September 1916. They had a dramatic effect on German morale and proved effective in crossing trenches and wire entanglements, but they failed to break through the German lines. The decision of the British commander-in-chief, Sir Douglas Haig, to reveal the secret weapon before large numbers of tanks had become available generated criticism, but the tanks’ real problems were slow speed, mechanical failures, and inability to cross soft or heavily cratered ground.

At the Battle of Courcelette, the Canadian Corps fought with half a dozen tanks, with a seventh held in reserve. They were as slow as a walking soldier and easily knocked out by artillery fire. On the other hand, tanks inspired terror, rolled over barbed wire, and provided important firepower to the infantry with their machine-guns and artillery pieces. All six were put out of action during the attack, four from enemy shellfire. Only one reached its objective.

Allied tanks became faster, more reliable, and more useful in battle during the course of the war, but they were far from a war-winning weapon. They were also in limited supply until very late in the war. Only eight tanks supported the Canadians during the Battle of Vimy Ridge in April 1917. At Passchendaele in October and November 1917, no tanks could operate in the muddy terrain. The first truly successful tank attacks did not come until late 1917. In November, the British Third Army launched a concentrated tank offensive around Cambrai. It surprised the enemy and made good progress, but most of the gains were lost to enemy counterattacks in early December.

Better tactics for coordinating the use of tanks, infantry, artillery, and aircraft marked the Allied offensives of 1918. More tanks were also available, with British and French forces using hundreds in summer attacks at Le Hamel and Soissons.

The new Mark V and Mark V* British tanks, leading a force of more than 600 armoured vehicles, proved effective during the successful opening stages of the Battle of Amiens in August 1918. Concentrated artillery fire knocked out many of them by the third and fourth day of the battle, and they were used intermittently during the remaining battles of the Hundred Days campaign. Had the war continued into 1919, the Allies planned to launch a massive armada of several thousand tanks to breach the enemy lines.

The tank was not decisive during the war, but it added an important weapon to the Allied arsenal, especially when used in a combined-arms role with artillery, infantry, machine-guns, mortars, and tactical air power. 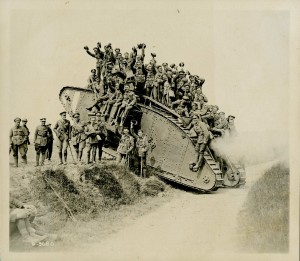 Returning on a Tank

Members of the 5th Canadian Mounted Rifles return from combat piled on a tank in this posed August 1918 photograph. At the Battle of Amiens, where this photograph was taken, Canadians experimented with transporting infantry to the front inside the tanks, but carbon monoxide exhaust and the crippling heat left most of them vomiting and unable to fight. 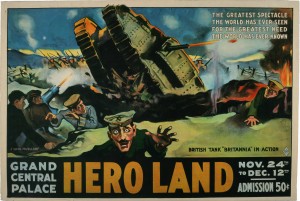 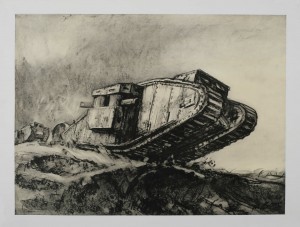 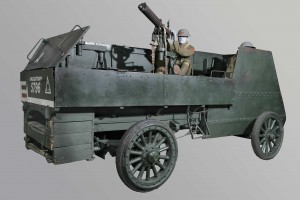 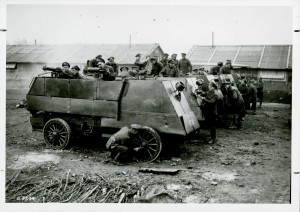 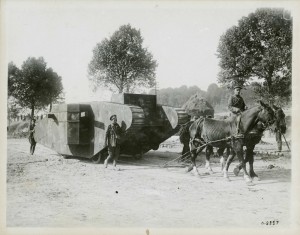 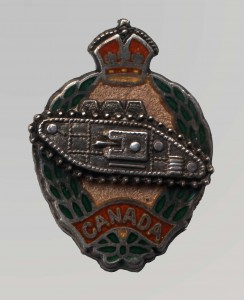 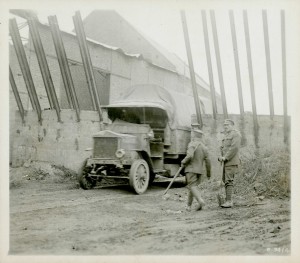 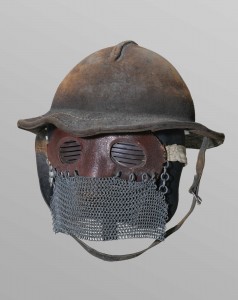