The first large-scale use of lethal poison gas on the battlefield was by the Germans on 22 April 1915 during the Battle of Second Ypres.

Results of Gas at Ypres

At Ypres, Belgium, the Germans had transported liquid chlorine gas to the front in large metal canisters. With the wind blowing over the French and Canadian lines on 22 April, they released the gas, which cooled to a liquid and drifted over the battlefield in a lethal, green-yellow cloud. The gas shocked but, while some troops fled in panic, the Canadians held their ground. After several days of chaotic and brutal fighting, the Ypres position remained in Allied hands.

With the introduction of poison gas, many contemporaries feared that the Germans had discovered a war-winning weapon. But the introduction of increasingly effective gas masks and other precautions helped counter the German advantage. The British responded with their own chlorine attacks in September 1915, during which a change in wind direction resulted in more than 2,000 British soldiers being gassed by their own chemicals.

Fighting on the Chemical Battlefield

Deadlier gasses and more reliable delivery systems were introduced later in the war. By 1917, chemical shells, projectors, and mortars could deposit dense gas barrages on enemy lines, or behind them on supply routes, reserve trenches, or gun batteries. Phosgene, introduced in late 1915, was nearly invisible and much more lethal than chlorine. The Germans unleashed mustard gas in the summer of 1917. It attacked the skin and blinded its victims, thereby defeating existing gas masks and respirators.

By the Armistice, chemical shells made up 35 percent of French and German ammunition supplies, 25 percent British and 20 percent American.

In the last year of the war, soldiers of all armies struggled across battlefields often choked with gas. There were approximately one million gas casualties to all armies during the war, 12,000 of them Canadian. Many soldiers never reported their multiple minor gassings, which, at the time, were not immediately debilitating. Suffering in later years from chemically-induced illnesses and disabilities, they would sometimes fight unsuccessfully to have medical claims approved, having failed to document their injuries at the time. 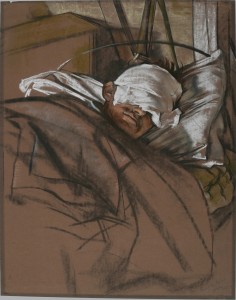 This sketch depicts a blinded soldier recovering from the chemical effects of mustard gas. Most gassed soldiers recovered their sight within four to six weeks, but some were blinded permanently. 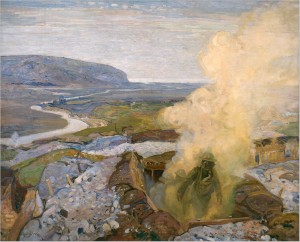 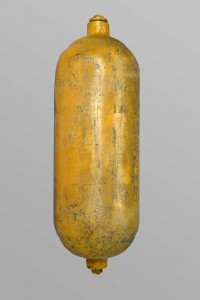 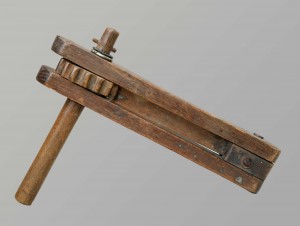 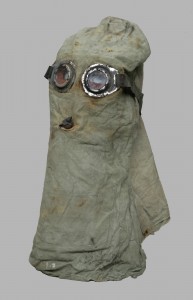 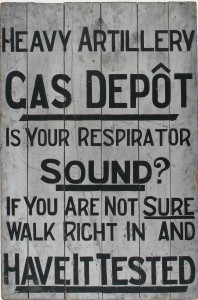 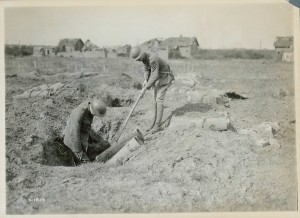 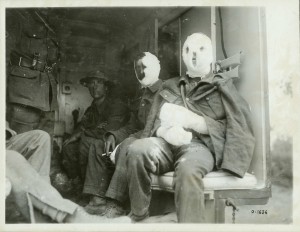 Prisoners and Wounded in Gas Masks 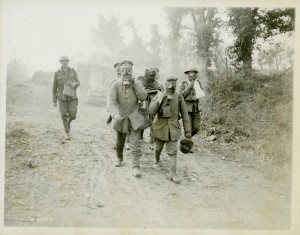 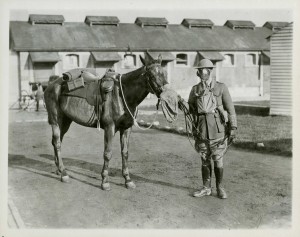 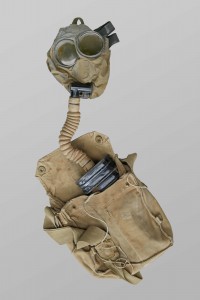