The hard-fought victories at Arras and the Canal du Nord remain among the most costly but impressive engagements fought by the Canadian Corps during the First World War.

After the victory at Amiens, Allied commanders agreed on a multi-army offensive along the Western Front against German forces that, for the first time in the war, appeared vulnerable. The ensuing campaign, known as the Hundred Days (August – November 1918), ended in the defeat of German forces in the West.

In the first of these attacks, the Canadians spearheaded the British First Army’s attack on the Arras front, through the Drocourt-Quéant Line (D-Q Line) and across the Canal du Nord to capture the town of Cambrai. A successful operation would outflank the Germans’ vaunted Hindenburg Line of prepared defences, forcing them to retreat. But the enemy positions at the D-Q Line and along the Canal du Nord were strong and deep, bristling with machine-guns, and forcing them would not be easy.

The Canadians opened their attack on 26 August. The initial artillery bombardment blasted the Germans’ positions, but an intense, week-long battle followed, resulting in more than 11,000 Canadian casualties. Canadian troops finally crashed through the heavily fortified Drocourt-Quéant Line on 2 September.

After almost a month of planning and preparation, the Canadian Corps attacked across the Canal du Nord in another high-risk operation on 27 September. Behind a complicated fire plan and the work of engineers, the Corps crossed the canal and pushed through the enemy defences, eventually capturing strong points like Bourlon Wood and Cambrai on 9 October.

The Arras and Canal du Nord battles cost over 30,000 Canadian casualties but helped break the German army’s final defensive positions. After Canadian and other Allied troops crossed the Canal du Nord, the German forces were in full retreat. The end of the war was near. 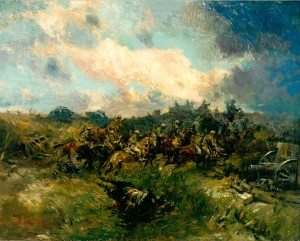 1st Canadian Division at the Capture of the... 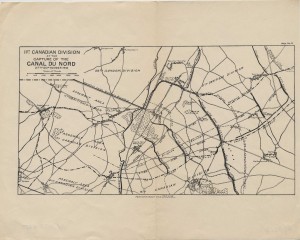 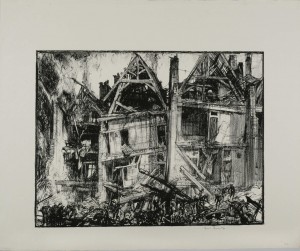 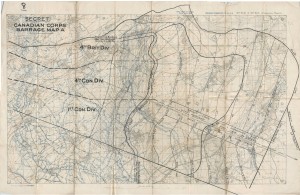 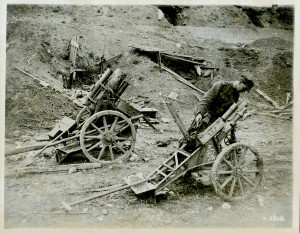 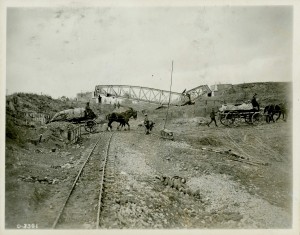 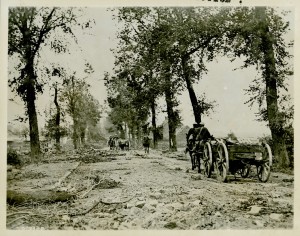 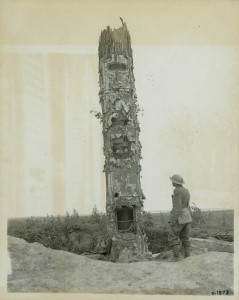