The German Offensives of 1918

The Germans launched a series of devastating offensives beginning along the Western Front on 21 March 1918 in an effort to win the war.

Germans Mass for an Attack in the West

Russian withdrawal from the war, due to internal revolution and defeat on the battlefield, allowed German forces to mass on the Western Front. With the United States now in the war and sending a seemingly endless supply of troops overseas, Germany attempted to win the war with a knockout blow before the untrained Americans became an effective force.

The Canadian Corps escaped a direct blow, but several of its divisions were pulled away temporarily to plug holes in the Allied line. The 2nd Division fought with British units for several months.

The series of German offensives in 1918 failed to defeat the Allied armies in the West, despite their initial successes. Germany’s own loss of 800,000 killed, wounded or maimed from March to July exhausted its manpower reserves and included disproportionate casualties to its elite storm troop and assault units.

The Canadian Corps escaped largely unscathed from the Germans’ spring offensive, but Sir Douglas Haig would soon call upon it to help lead a strategic counterattack. This offensive, launched in August against German forces badly weakened by the spring fighting, would be called the Hundred Days campaign. 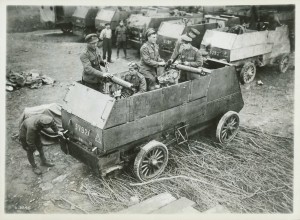 This is an armoured car from the Canadian Motor Machine Gun Brigade. With a crew of five, these cars carried two Vickers machine-guns and combined mobility with firepower. 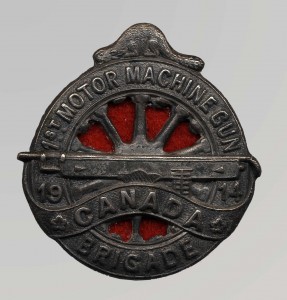 Canadian Cavalry Ready in a Wood 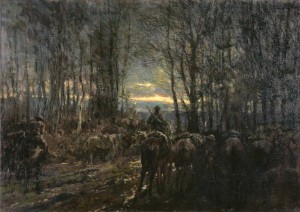 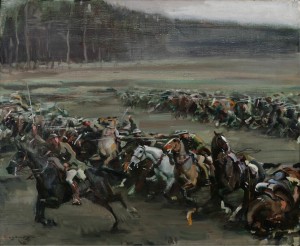 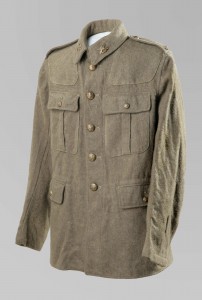