In the fall of 1918, Canadians participated in a series of hammer blows against German armies in the West. By early November, defeated at the front and threatened by social unrest and food shortages at home, Germany surrendered. The Armistice took effect at 11 a.m. on 11 November 1918. The Allies war mandate now changed from combat to occupation.

The 1st and 2nd Canadian Divisions marched to the Rhine in December to assume occupation duties. The Canadians prepared for guerilla attacks and even for renewed assaults by the German army, but there was no desire to continue the war on any side. The Canadians’ light duties included guarding bridges, overseeing the movement of civilians or returning soldiers, and ensuring the distribution of food and other goods.

The Canadians were unhappy occupiers. The soldiers wanted to go home to families and loved ones who, in many cases, they had not seen in more than four years. Canadian troops pulled back from Germany in January 1919 to Belgium, but it would be several more months before most Canadian troops went home. 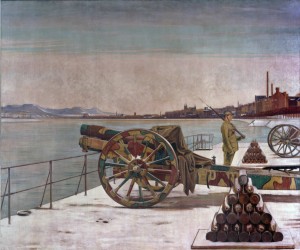 The Watch on the Rhine, (The Last Phase)

The Armistice on 11 November 1918 was only a temporary respite for the Allied troops, who quickly crossed into Germany to act as an occupying force. In this painting by Sir William Rothenstein, a British sentry stands guard next to a howitzer looking out over the Rhine River.

Canadians Arriving on the Rhine 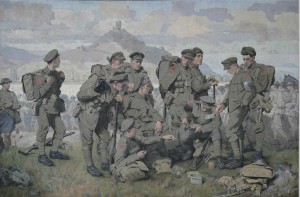 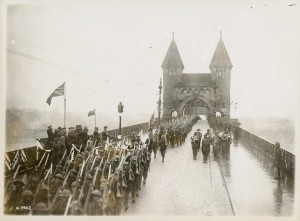 General Currie on the Rhine 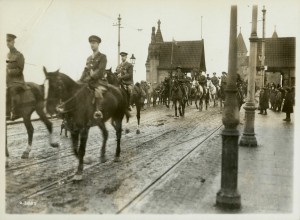 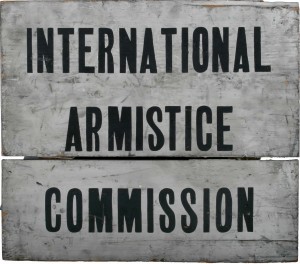 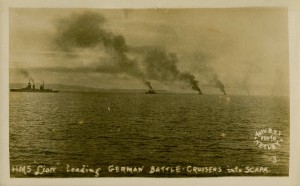