The Battle of the Somme raged for over four months and resulted in over a million casualties to Allied and German troops. The Canadians, originally in the Ypres sector, missed the first months of the fighting, but had moved to the Somme by early September.

In the fighting to come, the Canadians would benefit from two tactical innovations: a creeping artillery barrage, and the first employment of tanks in combat.

Instead of trying to annihilate the enemy, the new creeping barrage resulted in thousands of shells slowly raking through the enemy lines, advancing 100 yards, or 91 metres, per lift. This barrage was not meant to destroy the enemy trench systems, although this sometimes happened, but to drive defenders into their protective dugouts. The infantry would closely follow the barrage, called ‘leaning on the barrage’, in order to cross No Man’s Land before enemy troops could emerge from cover to fire at them.

To assist with cutting barbed wire and silencing enemy machine-guns, seven tanks, or armoured land cruisers, accompanied the Canadians in their first major battle at Courcelette on 15 September. Mechanically unreliable and as slow as a walking person, tanks nonetheless struck fear into the enemy, many of whom surrendered when the tanks first appeared.

With the new artillery barrage, tanks, and a carefully prepared infantry attack, the Canadians captured the ruined village of Courcelette on 15 September. Despite thousands of casualties, it was a victory, one of the few for Allied forces on the Somme.

Further attacks through September and October were just as costly, but less successful. Operations against Desire Trench and Regina Trench, to the north of Courcelette, were grinding affairs where soldiers attacked and counterattacked repeatedly over the same ground, and always under heavy enemy fire.

In late October, the three battered divisions of the Canadian Corps limped off the Somme having suffered 20,000 casualties. The 4th Canadian Division, fighting with British troops, finally captured Regina Trench in November, as the offensive came to a halt in the mud all along the Somme front.

The Somme battles cost the Canadian Corps 24,029 casualties. From the terrible bloodletting, the Canadians learned the need to improve infantry and artillery tactics, and to better coordinate how the various military arms worked together in battle. Communication would remain a problem throughout the war, but the Somme proved that if control was impossible from divisional, brigade, or even battalion headquarters, then soldiers at the front had to be empowered to fight their own battles. Training following the Somme would focus on these hard-won lessons. 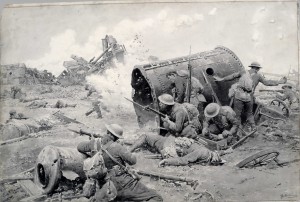 Capture of the Sugar Factory

Canadian soldiers take cover behind a boiler as they storm the German stronghold at the sugar factory at Courcelette on 15 September 1916. Notice the close-quarters fighting, including the use of rifles, bayonets, and hand grenades.

An Artist’s Home on the Somme 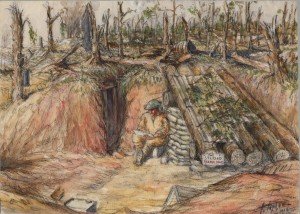 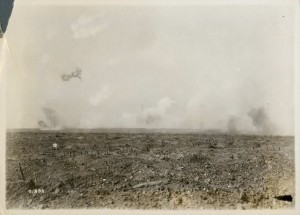 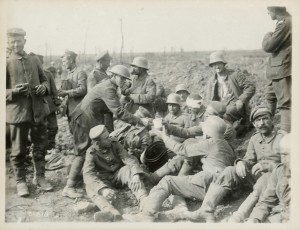 Killed in Action on the Somme 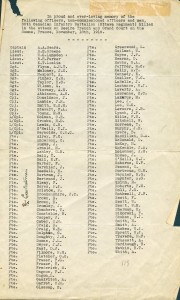 Remains of the Sugar Factory 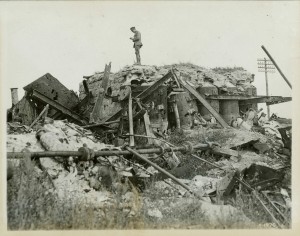 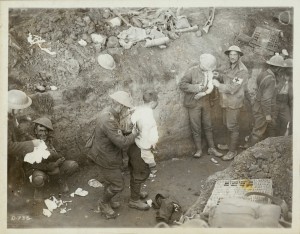