The Canadian Corps attacked the city of Lens in August 1917 in order to relieve pressure on other Allied troops fighting near Passchendaele in Flanders.

A Strategic Diversion from Passchendaele

Sir Douglas Haig launched a strategic offensive in Flanders, east of Ypres on 31 July 1917. Known as the Passchendaele campaign, it quickly stalled amid heavy fighting, rain, and mud with diminishing hope for a large-scale breakthrough. To divert German reinforcements away from the Passchendaele battlefield, Haig ordered attacks further to the south. One of these, involving the First Army, would see the Canadian Corps attack Lens.

The Attack on Hill 70

Haig ordered Sir Arthur Currie, who in June had been placed in command of the Canadian Corps, to launch a frontal assault on the city of Lens. Instead of attacking the heavily fortified city directly, Currie, after studying the ground, convinced his British superiors that a better plan would be to capture Hill 70, directly to the north. If this dominating hill could be taken, the Germans would have no choice but to counterattack. Currie planned for artillery and machine-guns to smash these German concentrations, thereby weakening their hold on the entire sector.

The Canadians attacked on 15 August and captured many of their objectives, including the high ground. They then held their positions against 21 determined German counterattacks over the next four days. Canadian probing attacks against Lens on 21 and 23 August were unsuccessful, but Currie’s forces had inflicted severe casualties on the enemy and gained the high ground overlooking the city.

The Canadians lost more than 9,000 soldiers at Hill 70, but killed or wounded an estimated 25,000 Germans. Currie proved an able and innovative commander. His Canadian Corps would soon move north to help Haig and his faltering Passchendaele campaign. 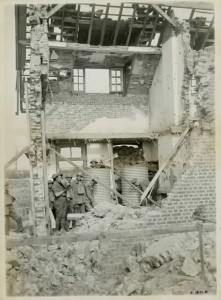 Canadian soldiers used this ruined house west of Lens to shelter their water tanks. From here, water would be carried forward to soldiers in the trenches. This photo was taken in September 1917, about a month after the battle. 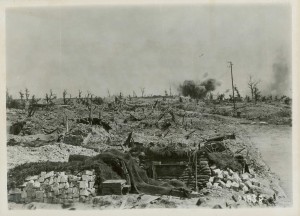 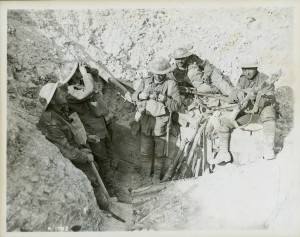 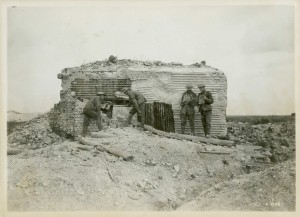 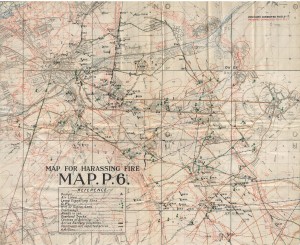