Due to the COVID-19 virus, the Canadian Museum of History and the Canadian War Museum, along with all other national museums across the country, have made the decision to close the Museums to visitors and all other groups, effective Saturday, March 14 and until further notice. Unfortunately, the Anne Sebba lecture has been cancelled, and all tickets are being reimbursed. If you have purchased a ticket, please email details and your confirmation number to information@warmuseum.ca.

In an evening moderated by CBC Ideas’ host Nahlah Ayed, New York Times bestselling author Anne Sebba explores a devastating period in the history of the City of Lights, sharing the stories of women who survived — or didn’t — during the Nazi occupation of Paris.

This event will be recorded for potential broadcast on CBC Ideas. 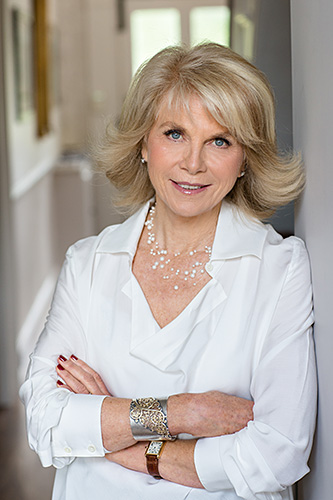 Nahlah Ayed is the host of CBC’s IDEAS– a deep-dive into contemporary thought and intellectual history. She is an award-winning veteran of foreign reporting: first, in the Middle East where she spent nearly a decade covering the region’s many conflicts. And later, while based in London, she covered many of the major stories of our time: Russia’s annexation of Crimea, Europe’s refugee crisis, the Brexit vote and its fallout.