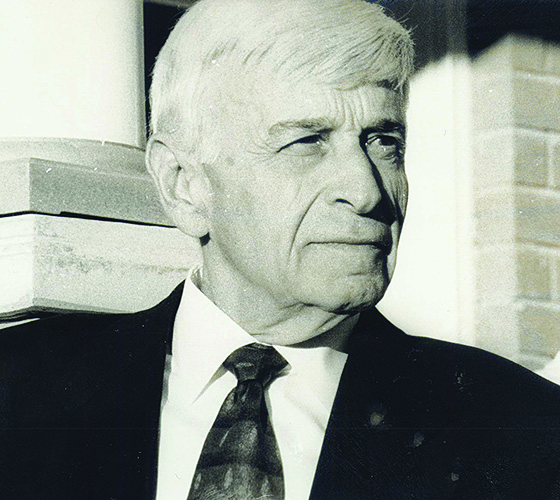 Tibor “Max” Eisen was born in Moldava, Czechoslovakia, into an Orthodox Jewish family. He was part of an extended family of 60, and lived on a family estate with his parents, two younger brothers, baby sister, paternal grandparents and an uncle and aunt.

In the spring of 1944, gendarmes forcibly removed Eisen and his family from their home, transporting them to Auschwitz-Birkenau. At 15 years of age, Eisen survived the selection process and instead became a slave labourer. He also survived a horrific beating, and a forced “death march” towards the end of the war. Of his entire family, only Eisen and two cousins survived the Holocaust.

Eisen last saw his father on July 9,1944, with only a short time in which to say goodbye. His father asked him — if he survived — to tell the world what had happened there. After his liberation, and facing new difficulties in Communist Czechoslovakia, Eisen immigrated to Canada in 1949.

Eisen testified in Germany at the trials of Auschwitz SS guards Reinhold Hanning and Oskar Gröning, and has dedicated the past several decades of his life to educating people across Canada and around the world about the Holocaust. Over the years, he has also made multiple journeys back to Auschwitz-Birkenau with thousands of students, as an active participant in March of the Living.