A tour with Dr. Teresa Iacobelli. 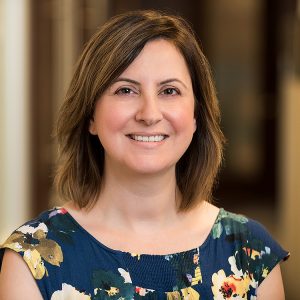 In 1918, Alfred Munnings was invited to join the Canadian War Memorials Fund to capture a visual record of the work of the Canadian Cavalry Brigade and the Canadian Forestry Corps in France. Munnings would later credit his time with the Fund in helping to further develop his career as an artist. Join Dr. Teresa Iacobelli for a guided tour where you will explore the work of Alfred Munnings through 43 of his wartime paintings, and examine what these pieces can tell us about the work and daily lives of members of the Canadian Cavalry Brigade and Forestry Corps during the First World War.

Dr. Teresa Iacobelli is the Historian, First World War at the Canadian War Museum. Her research examines and contributes to exhibitions and projects on Canada’s military history, and she is especially interested in the relationships between war, national identity, and social memory. Her first book, Death or Deliverance: Canadian Courts Martial in the Great War, earned the 2013 C.P. Stacey Award for the best scholarly work in Canadian military history. She has also published articles in Oral History Review and Canadian Military History, and is a contributing author to several edited books.

Tickets will be available February 2.