How much do you know about Canadian history and culture? Find out by solving our crossword puzzle with challenging clues contributed by museums across the country. Discover fascinating facts, intriguing objects, and amazing stories as you search online for the answers to clues about our country’s past and present.

This year’s edition of the Canadian Museum Crossword features challenging clues contributed by over 45 cultural institutions from 10 provinces and one territory. 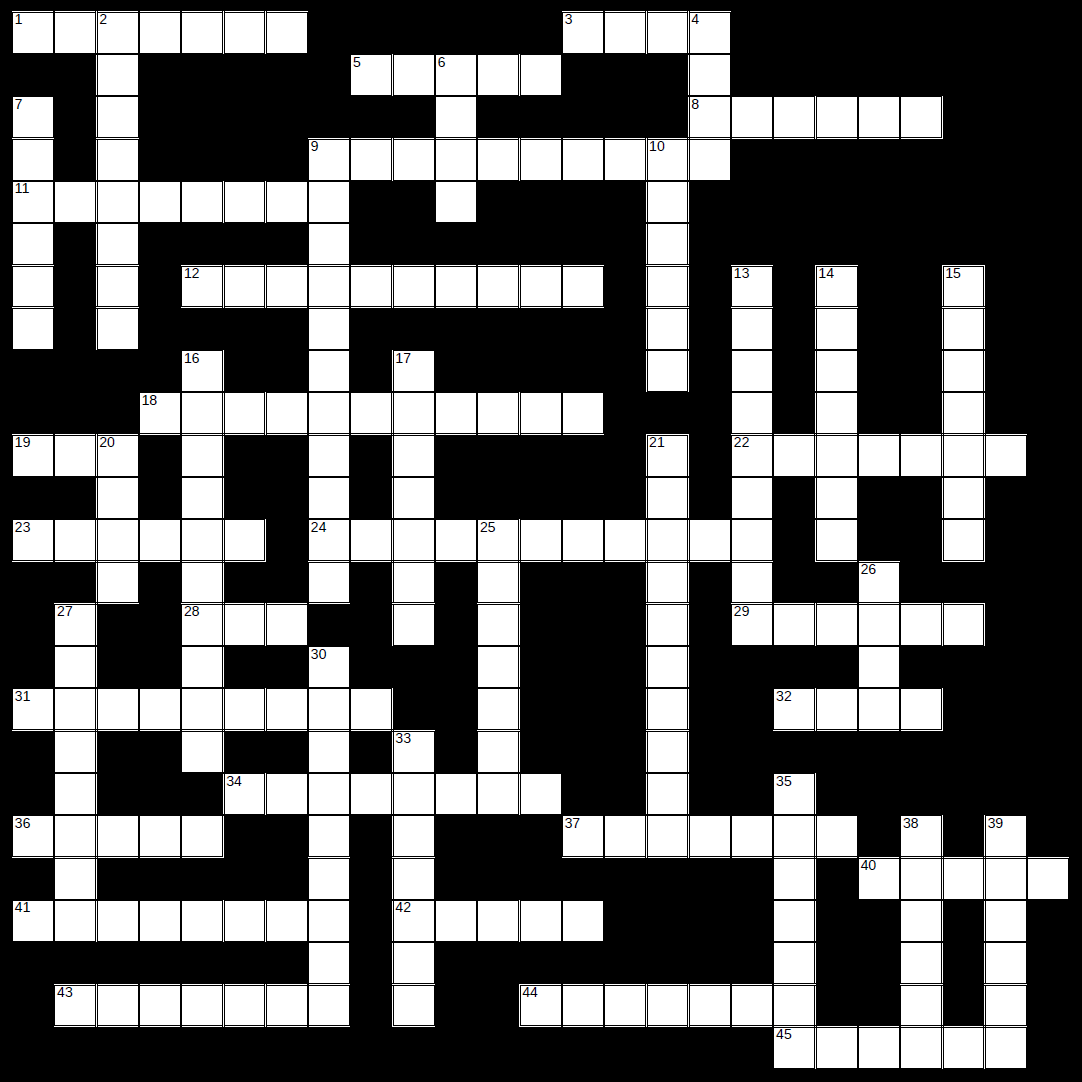 Play online, print the page or download a PDF.

Links to clues will open in a new browser window.
The content on certain websites may only be available in French.

1. This Yukon summer pastime has been enjoyed by visitors and locals throughout history and involves sleeping on the ground. What is it?

3. Painted in 1993, Alex Janvier’s masterpiece Morning ______ – Gambeh Then’ adorns the dome of the Haida Gwaii Salon in the Museum. The mural rises seven stories above the salon.

5. You might see the Miniature _____ ride on a summer afternoon at the Toronto Railway Museum.

8. This large red and white lighthouse once stood on the rocky ______ of Cape Race, Newfoundland. Visit the Canada Science and Technology Museum for a hint.

9. At the Canadian Transportation Museum & Heritage Village, not only can you listen to a vintage ________, but you can now see the largest public access collection of them housed in the historic Town Hall Music Shop.

18. One of George Johnston‘s early pastimes.

23. This year, Pointe-à-Callière is celebrating an anniversary. How old is the Museum?

24. This fall, visitors to a new exhibition at the Canada Agriculture and Food Museum will learn that Canadian food production is more than just land-based farming. It includes the cultivation of fish, shellfish and seaweed, which is known as ______________.

28. The Sharon Temple National Historic Site and Museum is home to the largest classic ___ show in East Gwillimbury! This year’s event will be on August 7, 2022!

29. Moncton’s oldest standing heritage building (c. 1769) was named after Jacob ______, one of the Pennsylvania-German settlers who arrived in 1766 to establish the Monckton Township.

32. Four of this famed Surrealist painter‘s large works are in Fredericton, New Brunswick.

34. Indigenous athlete, soldier, farmer, former Chief of the Muskeg Lake Cree Nation, and Second World War sniper, David _________ Steele has an impressive set of medals you can find at the Saskatoon Museum of Military Artifacts.

36. E.C. _____, leader of the United Farmers of Ontario and Premier of Ontario from 1919 to1923, helped pass the Counties Reforestation Act of 1921. In his home region of Simcoe County, the first tree was planted under the Act on May 8, 1922. Visit the Simcoe County Museum to learn more about the 100th Anniversary of the Simcoe County Forest.

37. The National Air Force Museum of Canada is the only museum in the world where visitors can see a fully restored Second World War _______bomber on display.

40. This bird is featured in Bill Reid’s iconic carving at the Museum of Anthropology at UBC.

41. What is the first name of the princess after whom Andrew Hamilton Gault named the regiment that he founded in 1914?

42. The No. 31________ School was set up in Clinton, Ontario to train radar operators, including Flight Lieutenant Samuel Estwick.

43. A treasure much loved by visitors to the Manitoba Museum, she’s so big we had to build the Museum around her.

4. This iconic drum set incorporates all 30 NHL logos into its graphics and was used to play a percussion-heavy rendition of the “Hockey Night in Canada” theme song. It was custom built for the drummer of the Canadian rock band ____ and is currently on display in the National Music Centre’s collection.

6. Given name of the titular character in long-running musical at The Charlottetown Festival.

7. An Anishinaabemowin word that means Everything is connected and represents the National Gallery of Canada’s commitment to sharing our collective story through the visual arts.

9. The Bay of Fundy is home to the highest tides in the world and over 100 billion tonnes of water come in and out of the bay each day! The tidal bore in Moncton, a phenomenon that occurs twice daily, is caused when the unparalleled tides in the Bay of Fundy begin to make their way up the historic ________ River.

10. In the late 1900s, if you belonged to a benevolent society, worked for a large company, or were a member of a large extended family, you likely went to an annual ________ each summer. The Elgin County Archives and Museum includes photos of many of these events.

14. William ______ was the chief of all the Hudson’s Bay Company’s inland posts starting in 1786 and is commemorated at Fort George and Buckingham House Provincial Historic Site in Alberta.

15. A collection of wreckwood at the Maritime Museum of the Atlantic is from this ill-fated ship that sank on April 15, 1912.

16. Trappist monk Brother Wilfred spent a decade developing this unique Canadian breed of chicken, which can be found at Cumberland Heritage Village Museum. Their thick feathers, as well as a small comb and wattle, help prevent frostbite.

20. August 19, 1942 was the bloodiest day for Canadian troops during the Second World War. Out of 4,936 Canadian soldiers who participated, 807 lost their lives. We will commemorate the 80th anniversary of this tragedy this year, code-named Operation Jubilee, also known as the Dieppe ____.

21. Jewish immigrants Tola and Avrum Feigenbaum took a photo at the lookout of this well-known mountain shortly after their arrival in Montréal.

25. Freeman Station is restoring an original 1923 orange/red of one of these familiar items, which used to be the “last car” on Canadian trains until the 1980s.

26. The West Parry Sound District Museum is situated beside the Tower _____ Heritage Garden and Lookout. At 30 metres in height, it gives you a perfect 360-degree view of the Town of Parry Sound and Georgian Bay’s harbour.

27. Built in 1864, the clerk’s quarters building of the Hudson’s Bay Company’s Fort _______ remains the oldest building on its original location in Alberta. Today, it’s part of an Alberta Provincial Historic Site.

30. The MacBride Museum is celebrating its 70th anniversary this year. The original museum was housed in the _______ Office. Built in 1900, it is the oldest building in Whitehorse that is still in its original location on Front Street.

33. Scientist, sports icon, and former Saskatchewan Lieutenant Governor Sylvia _______ was part of the team that developed the world’s first Cobalt-60 Cancer Bomb in the 1950s.

35. Ice-age animal on the grounds of the Canadian Museum of Nature.

38. The Ray Sark _______ collection was donated to the PEI Museum and Heritage Foundation in 2021 and features hundreds of beautiful examples of this Indigenous art form, created by artists from across Turtle Island (North America).