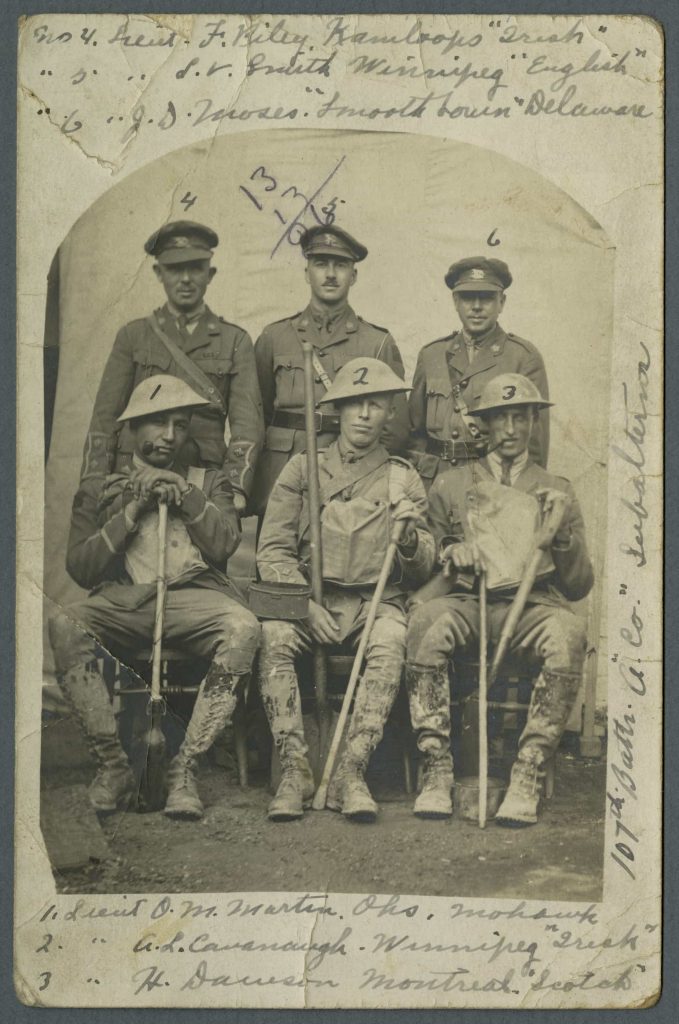 James Moses, a Delaware from the Six Nations of the Grand River, noted the ethnicities of his fellow officers in the 107th Pioneer Battalion during the First World War. Of the six officers pictured, two were members of Canada’s First Peoples and the others were of European descent. More than 500 Indigenous soldiers filled the ranks of the battalion.

In this photograph, the seated officers are covered in mud and wearing their helmets, having recently returned from the front. Those standing, including Moses, were soon to return to the front line. Moses was killed during the war and his body was never recovered.