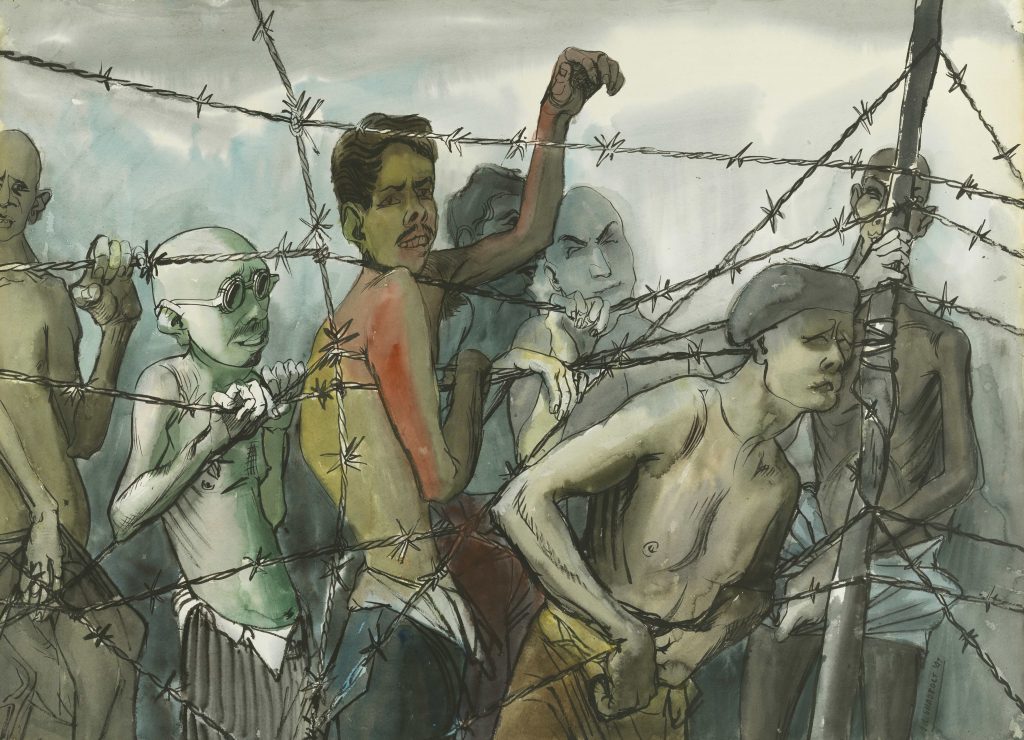 In February 1945, war artist Jack Shadbolt travelled to London, England, to assist with administration duties at Canadian Military Headquarters in connection with the war artists’ program. While there, Shadbolt was responsible for sorting and cataloguing photographs taken at the Nazi concentration camps of Belsen and Buchenwald. The effect of this exposure to the photographs emerged in a series of paintings beginning in 1946 after his return to Canada.

This is one of those paintings in which Shadbolt captures the horrors of the Holocaust. For many Canadians, the discovery of the camps and other evidence of the Holocaust and Nazi brutality underlined what had been at stake in the conflict, and helped justify the war in which so much had been lost.