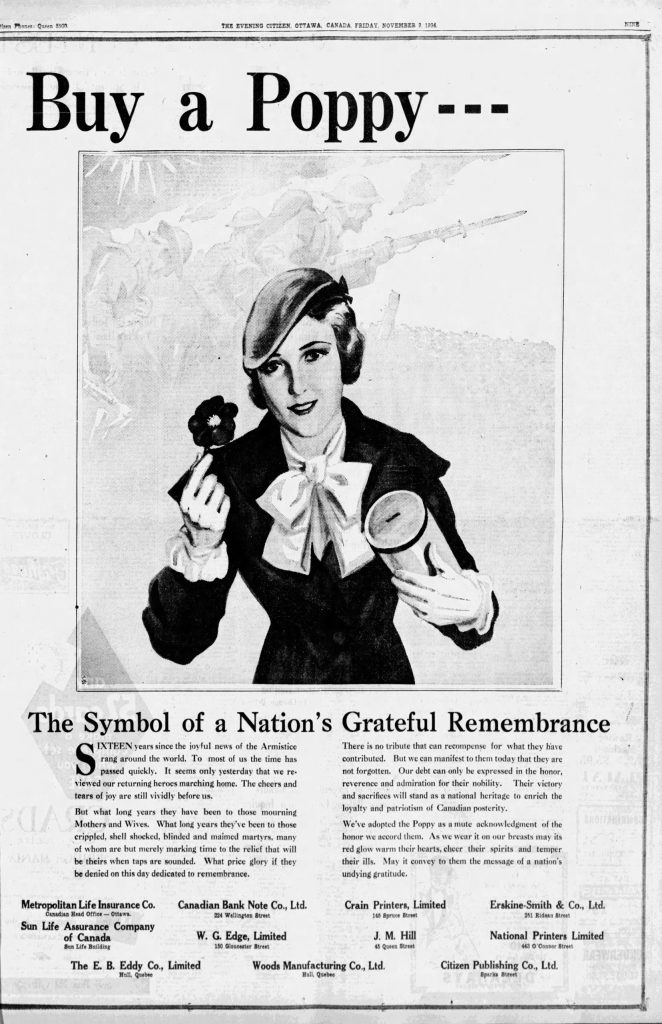 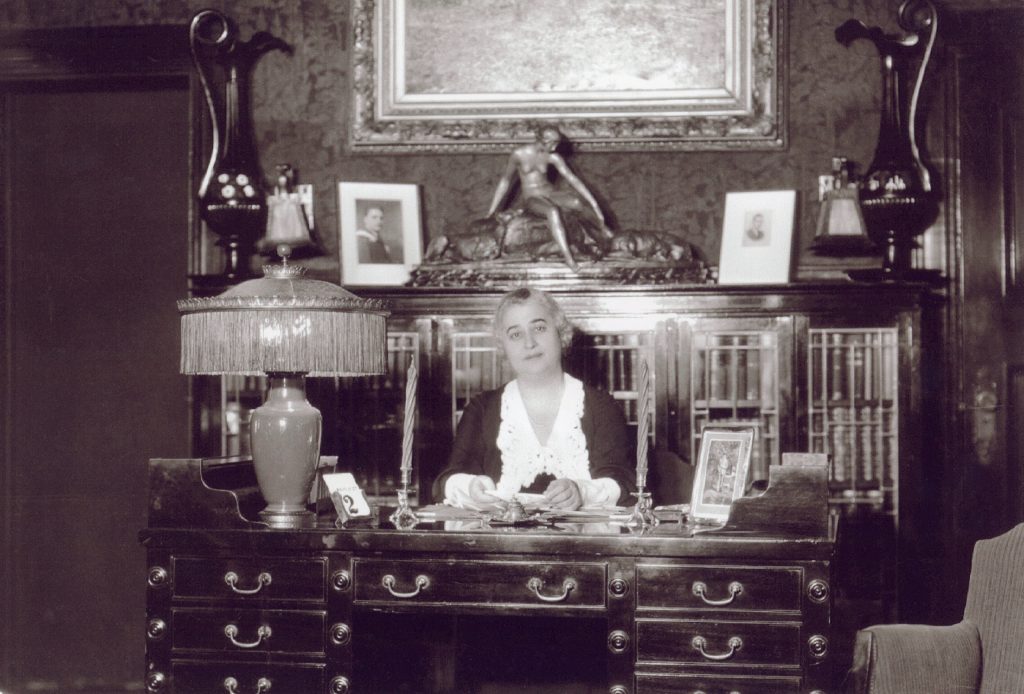 During the First World War, Lillian Bilsky Freiman, a prominent resident of Ottawa and leading member of the city’s Jewish community, worked tirelessly to support a variety of causes, ranging from fundraising for orphaned children to organizing supplies for hospitals. She was particularly dedicated to supporting Canada’s soldiers and became a founding member of the Great War Veterans Association of Canada in 1917. This organization later joined with others to form the Royal Canadian Legion.

Directing the first poppy campaign in 1921, Freiman helped ensure that the movement to wear poppies as a sign of remembrance took hold in Canada. This poppy campaign advertisement from 1934 speaks to the legacy of her work.

The Symbol of a Nation’s Grateful Remembrance

Sixteen years since the joyful news of the Armistice rang around the world. To most of us the time has passed quickly. It seems only yesterday that we reviewed our returning heroes marching home. The cheers and tears of joy are still vividly before us.

There is no tribute that can recompense for what they have contributed. But we can manifest to them today that they are not forgotten. Our debt can only be expressed in the honor, reverence and admiration for their nobility. Their victory and sacrifices will stand as a national heritage to enrich the loyalty and patriotism of Canadian posterity.

We’ve adopted the Poppy as a mute acknowledgment of the honor we accord them. As we wear it on our breasts may its red glow warm their hearts, cheer their spirits and temper their ills. May it convey to them the message of a nation’s undying gratitude.