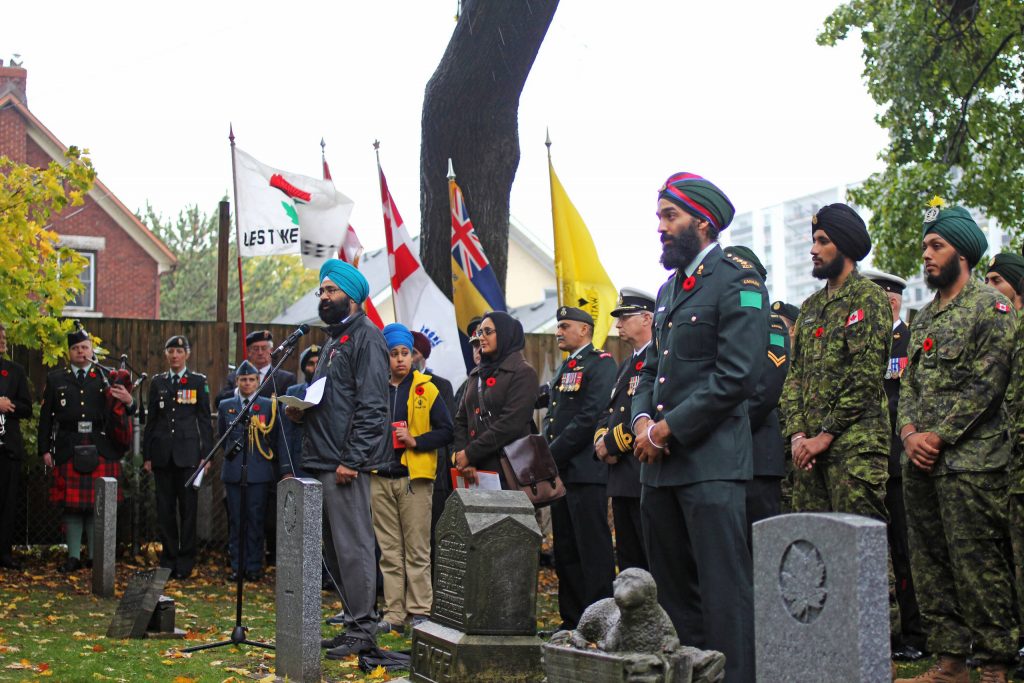 Buckam Singh immigrated to Canada from Punjab, India in 1907, at the age of 14. At the time, racist immigration policies kept Canada’s Sikh population low, and its members were denied the right to vote. Despite facing racial discrimination, Singh was willing to fight for his new country. When he entered the recruiting office in 1915, he was not sure if his offer of service would be accepted. The military had no official policy prohibiting the service of Sikhs, but individual recruiting officers could turn away potential recruits at their own discretion. Singh was permitted to enlist, making him one of around 10 Sikhs to serve in the Canadian Expeditionary Force in the First World War.

Singh served overseas, where he was wounded twice and contracted tuberculosis. He died in hospital in Canada in 1919.

Singh’s story was largely forgotten. Then, 90 years after his death, Canadian historian Sandeep Singh Brar found one of his military medals in a shop in England. This discovery led to research about Singh’s life and the location of his grave, as well as a new tradition of remembrance.

Every year around Remembrance Day, members of the Canadian Sikh community gather at Singh’s grave in Kitchener, Ontario to recognize his service and acknowledge the contributions that Sikh military personnel have made to Canada.