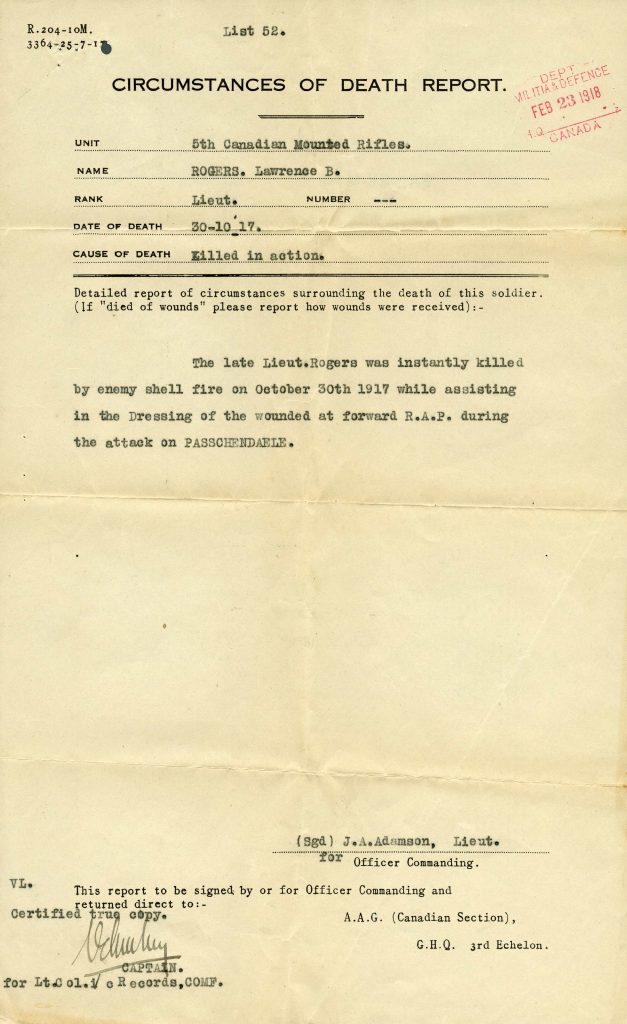 Lieutenant Lawrence Browning Rogers served as a stretcher bearer in the First World War, and later as a front-line medical officer. He was awarded the Military Medal for carrying in wounded soldiers under fire at Ypres, in Belgium. He was later killed by enemy shell fire while assisting in the treatment of an injured soldier during the 30 October 1917 attack on Passchendaele, Belgium. This document relates the circumstances of his death.

Detailed report of circumstances surrounding the death of this soldier (If “died of wounds” please report how wounds were received): The late Lieut. Rogers was instantly killed by enemy shell fire on October 30th 1917 while assisting in the Dressing of the wounded at forward R.A.P. during the attack on PASSCHENDAELE.

This report to be signed by or for Officer Commanding and returned direct to:
A.A.G. (Canadian Section),
G.H.Q. 3rd Echelon.