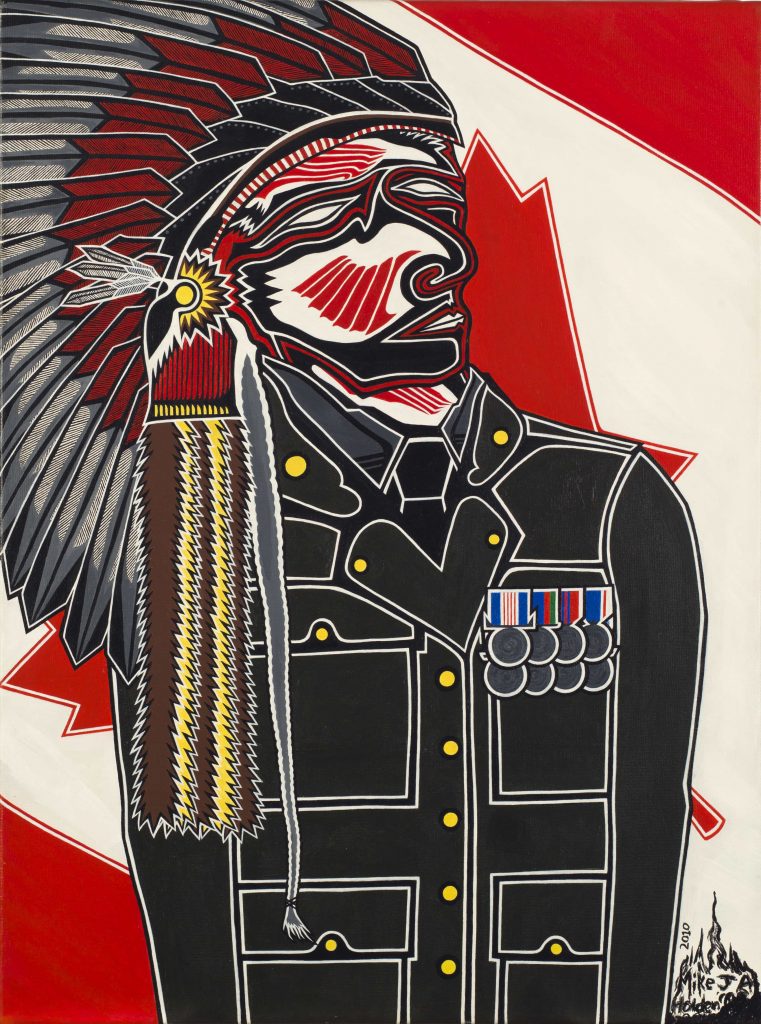 Artistic representations of veterans are one way to commemorate their service. Indigenous artist Mike Holden of the Mistawasis band depicts Chief Joseph Dreaver (1891–1978). Dreaver was a decorated soldier who served in both world wars. He lost two brothers in the First World War and a son in the Second World War. Throughout his life, he was a community leader.

The artist portrays Dreaver in a traditional war bonnet, with his medal set displayed prominently, giving equal measure to his roles as Chief of the Mistawasis and a veteran. The use of a partially obscured Canadian flag as a backdrop represents Dreaver’s patriotism at a time when Indigenous peoples were not given the same rights as other Canadians. Finally, artist Holden depicted the heart at the centre of Dreaver’s uniform as a symbol of Dreaver’s forgiveness toward the state.