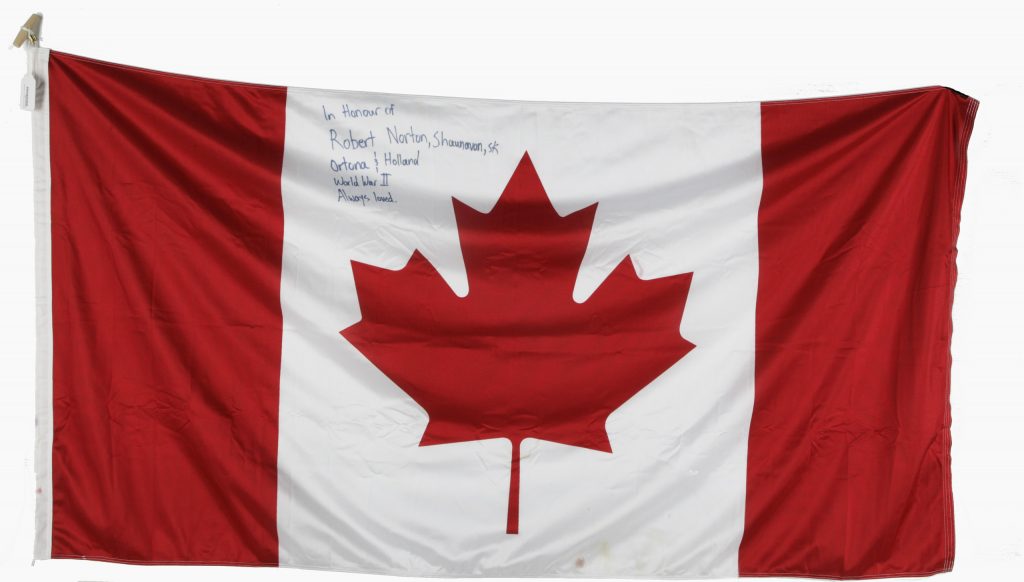 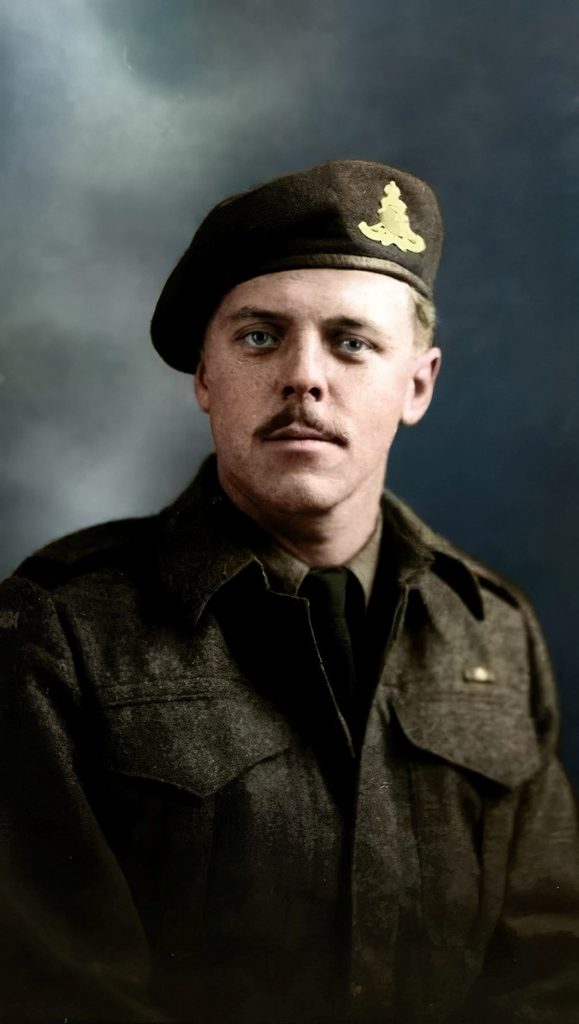 In 2011, teacher Paul Sonsteby travelled from his home in Strathmore, Alberta to Ottawa to attend the national Remembrance Day ceremony. He left this Canadian flag at the Tomb of the Unknown Soldier. On it, he had written: “In Honour of Robert Norton, Shaunavon, SK / Ortona and Holland / World War II / Always Loved.” This flag is a tribute to both a veteran’s service and a remarkable friendship.

Gunner Robert “Robbie” “Bob” Norton enlisted in the Royal Canadian Artillery during the Second World War, at the age of 17. He served in Italy and the Netherlands. He survived the war, and returned to Canada to marry and start a family.

Decades later, Norton spoke about his military service at a local high school. Following his presentation, he befriended one of the students, Paul Sonsteby, who took a great interest in the veteran’s stories. Though they were more than 50 years apart in age, the two developed a close bond. Norton was the best man at Sonsteby‘s wedding in 2006. In recognition of the veteran who forever changed his life, Sonsteby chose to honour Norton with this personal Remembrance Day offering.