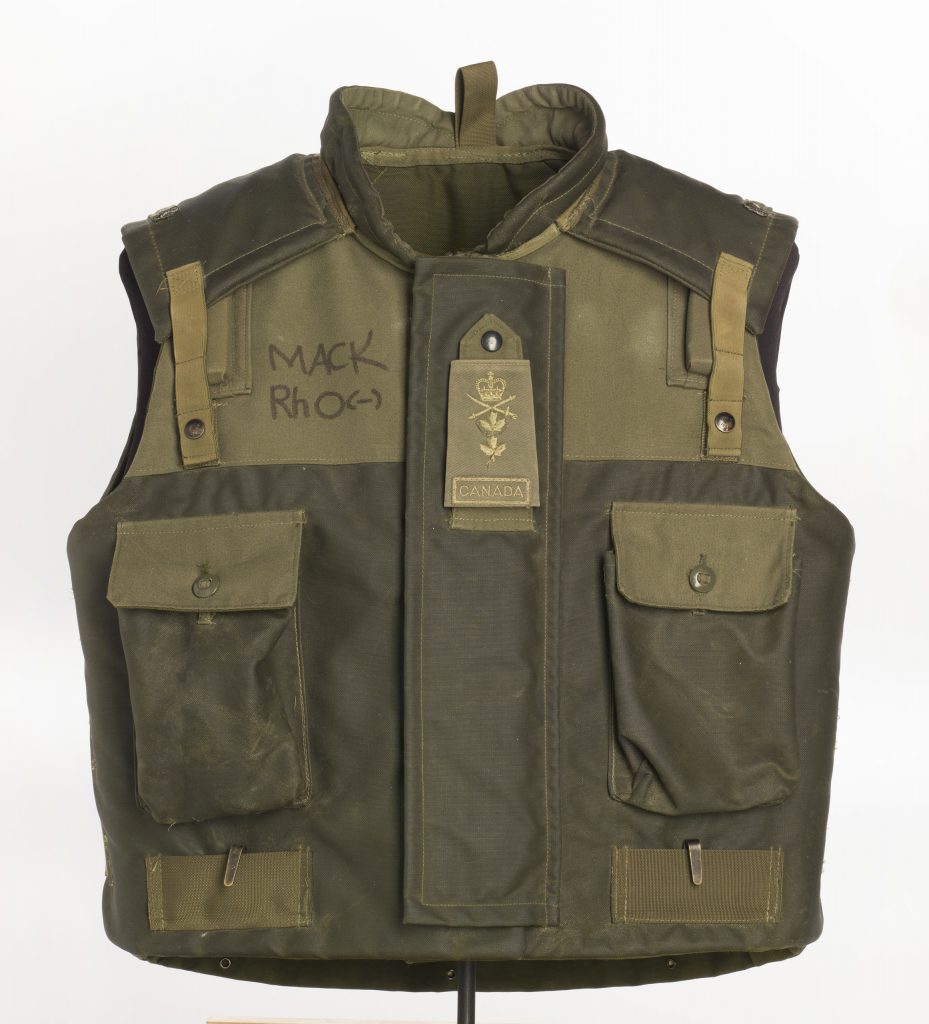 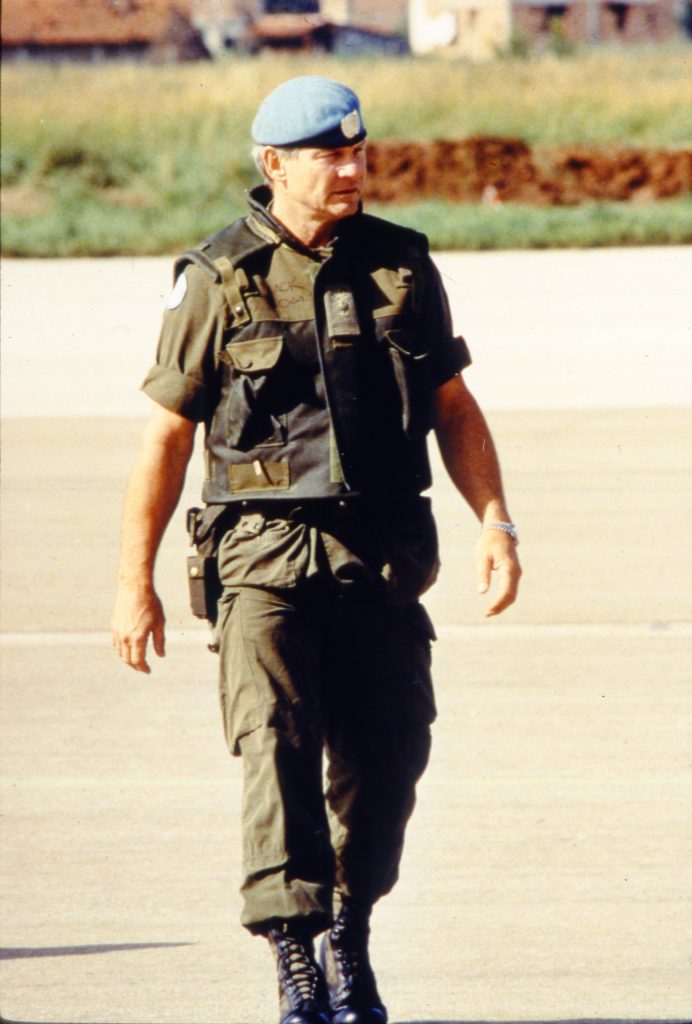 In 1992, a United Nations peacekeeping force was established in Croatia and in Bosnia and Herzegovina during the Yugoslav Wars. Major-General Lewis Mackenzie became its first commander of the Sarajevo sector. He played a key role in negotiating a ceasefire to re-open Sarajevo’s airport, allowing international humanitarian aid to resume.

Mackenzie wore body armour, including this fragmentation vest, to protect himself against sniper fire and shelling. His name (MACK) and blood type (RhO(-)) were written in marker on the front of his vest to help medics identify and treat him, if he was wounded.