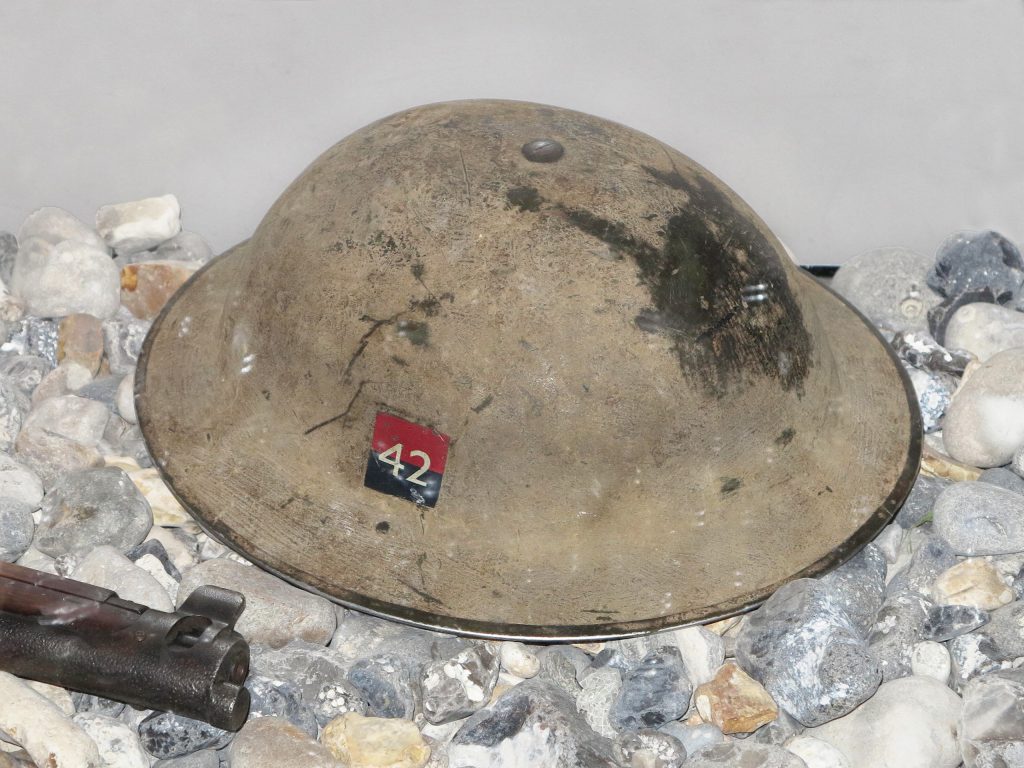 The Allied raid on Dieppe, France was a devastating failure, especially for the Canadians. On 19 August 1942, nearly 5,000 Canadians embarked from England on a large-scale raid at Dieppe. Only 2,210 made it back. The rest were killed or became prisoners of war. Among the prisoners was Bombardier George Gow. He wore this helmet during the attack but lost it in the upheaval when he was captured. A French nun, Sister Marie du Sacré-Cœur, retrieved his helmet.

Thirty years later, a group of Canadian veterans returned to Dieppe to mark the anniversary of the battle. Sister Marie gave them the helmet and asked them to return it to Gow. He was reunited with his helmet in October 1973.