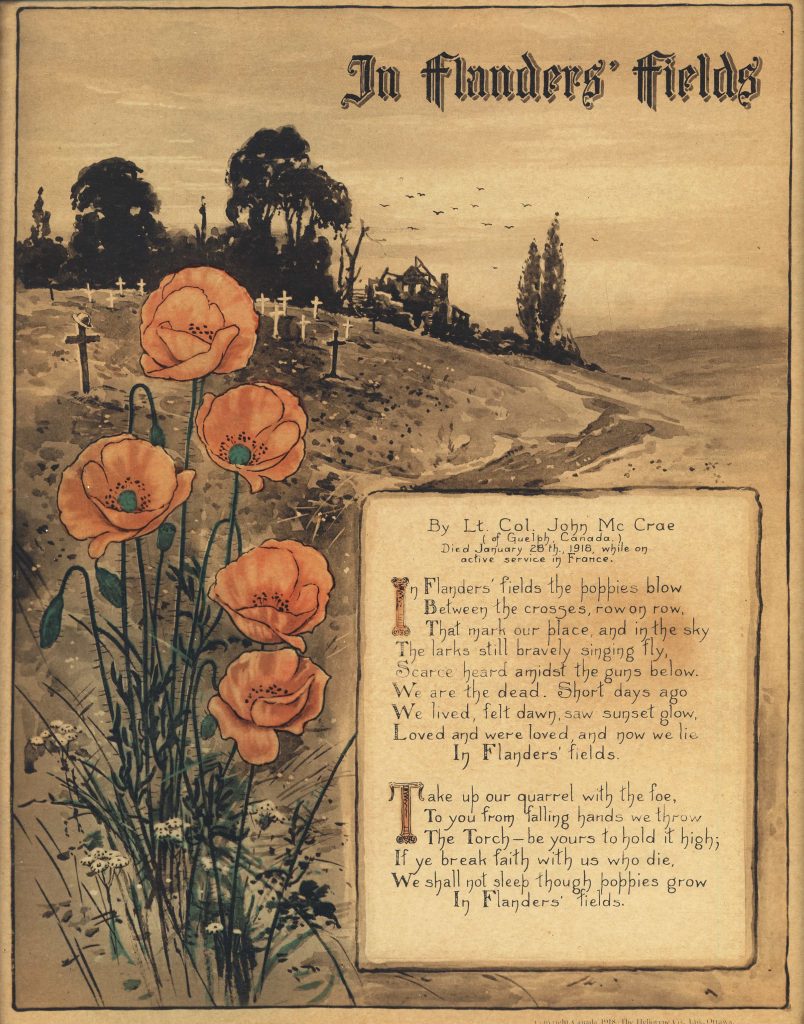 The poppy is the recognized symbol of remembrance for war dead in Canada, the British Commonwealth and the United States. The flower owes its significance to the poem, “In Flanders Fields”, written by Lieutenant-Colonel John McCrae, a surgeon during the First World War.

From its original publication in 1915 to the present, McCrae’s poem found a wide audience. It is still memorized by students and is often read aloud at remembrance ceremonies.

This print depicts the famous poem, framed in a field of poppies.

“In Flanders’ Fields”
By Lt Col John McCrae (of Guelph Canada)
Died January 28th, 1918 while on active service in France.

In Flanders’ fields the poppies blow
Between the crosses, row on row,
That mark our place; and in the sky
The larks, still bravely singing, fly
Scarce heard amid the guns below.
We are the Dead. Short days ago
We lived, felt dawn, saw sunset glow,
Loved, and were loved, and now we lie
In Flanders’ fields.

Take up our quarrel with the foe:
To you from failing hands we throw
The torch; be yours to hold it high.
If ye break faith with us who die
We shall not sleep, though poppies grow
In Flanders’ fields;