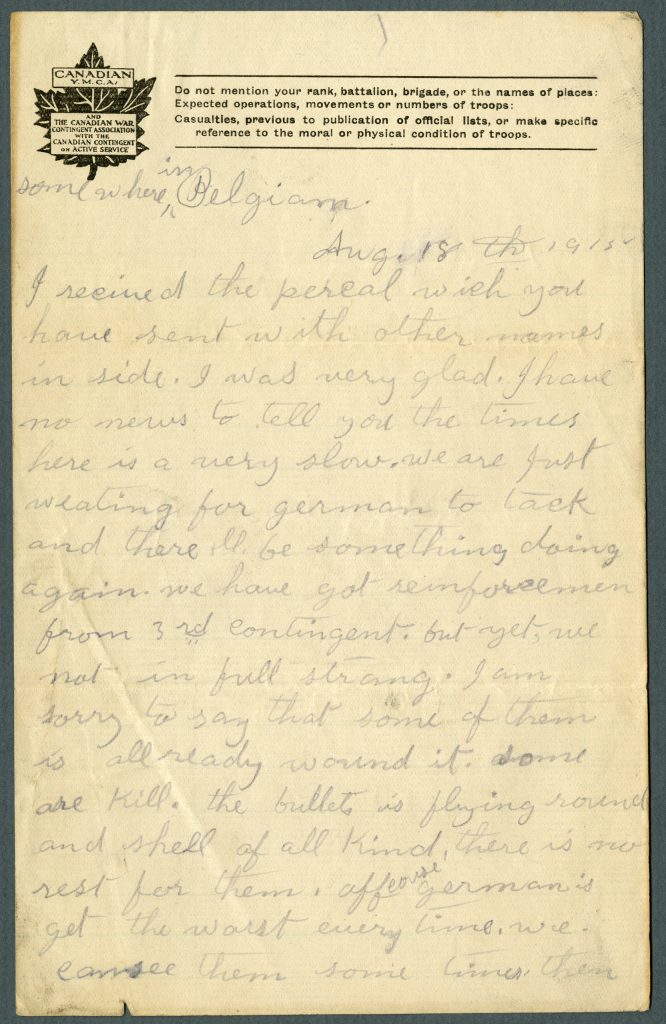 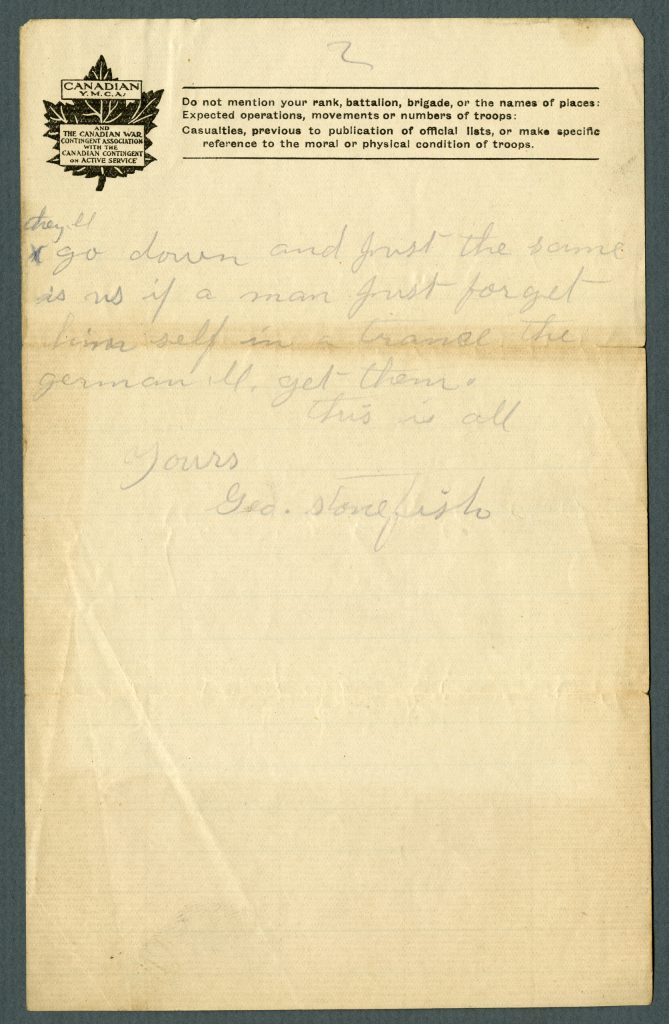 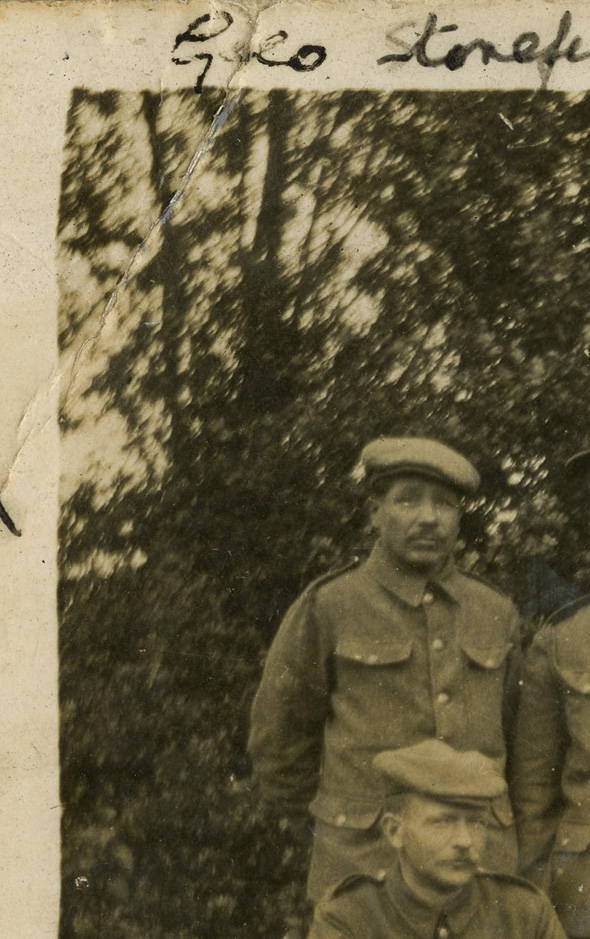 Private George Stonefish was a Delaware First Nation soldier. He served nine years in the militia before enlisting in the Canadian Expeditionary Force on 22 September 1914. His adult son, Joel, also served in the First World War.

While overseas, George Stonefish wrote letters to John Orval Hubbell, a friend who lived in Thamesville, Ontario, just down the road from Stonefish’s home on the Moraviantown Reserve. The Hubbell family, who owned the Thamesville hardware store, regularly sent parcels containing items such as socks and tobacco to Stonefish and other local men serving overseas. These efforts were greatly appreciated by soldiers because the goods supplemented their army-issued supplies and helped them feel connected to home. Stonefish expressed his thanks for parcels in his letters to Hubbell, while also providing vivid descriptions of what life was like at the front

George Stonefish survived the war, returning to Ontario with a reputation as a highly skilled soldier. We are not sure about his particular circumstances upon his return to Canada. What we do know is that he died of exposure near his home on February 17, 1920 and was buried in the Moraviantown Cemetery. His wartime letters remain a testament to his service.

A Letter from George Stonefish

I received the parcel which you have sent with other names inside. I was very glad. I have no news to tell you the times here is a very slow. We are just waiting for the Germans to attack, and there’ll be something doing again. We have got reinforcement from 3rd contingent, but yet, we not in full strong. I am sorry to say that some of them are already wounded. Some are killed. The bullets are flying round and shells of all kinds, there is no rest for them. Of course, Germans get the worst every time. We can see them sometimes, then they’ll go down and just the same as us if a man just forget himself in the trance the German’ll get them. This is all Yours, Geo. Stonefish

Please note that some corrections have been made to improve readability.