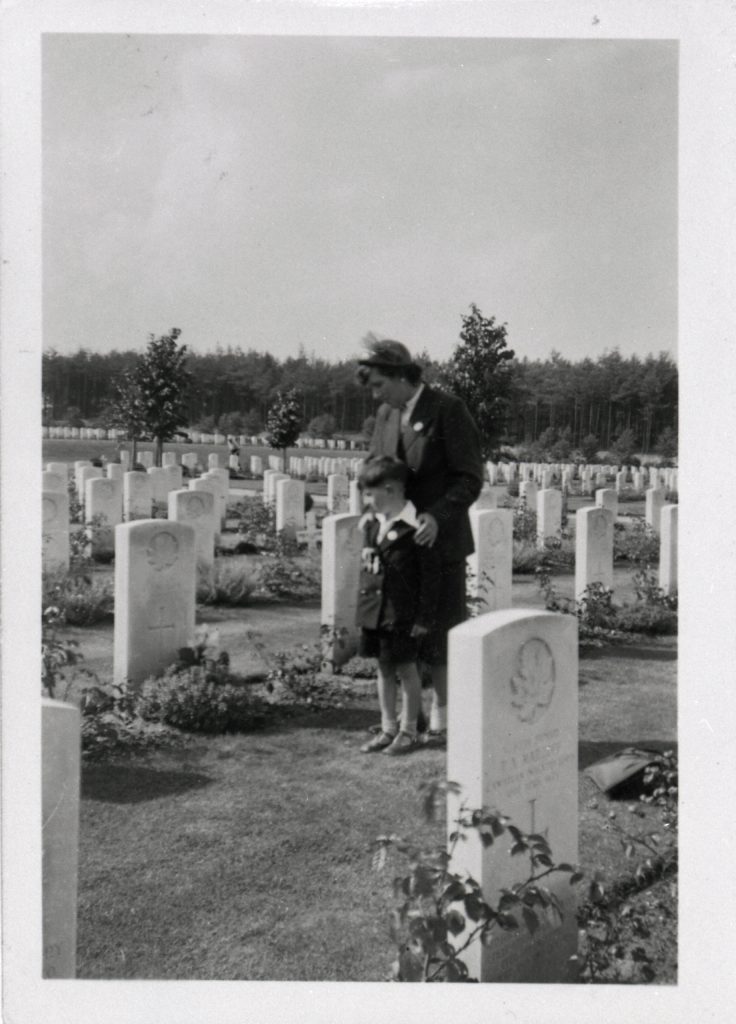 In March 1945, English war bride Lily Worden gave birth to her son Donald when her Canadian husband, Lance Sergeant Edwin Worden, was serving in the Netherlands. Edwin Worden was killed in combat a few weeks later, having never met his newborn son.

Six years after Edwin’s death, Lily and Donald travelled from their home in England to the Holten Cemetery in the Netherlands to pay respect to their lost husband and father. This was not the only time Lily would make that trip. Two years later, in 1953, she returned. After that visit, she wrote to the Canadian government about the beautiful and well-tended cemetery maintained by the Imperial War Graves Commission (later known as the Commonwealth War Graves Commission): “There are gardeners working on the cemetery all day, every day and the whole place is kept really perfectly. I am lucky that I am not so far from my husband’s grave as the people in Canada, but I would like them to know the men and boys are not forgotten.”