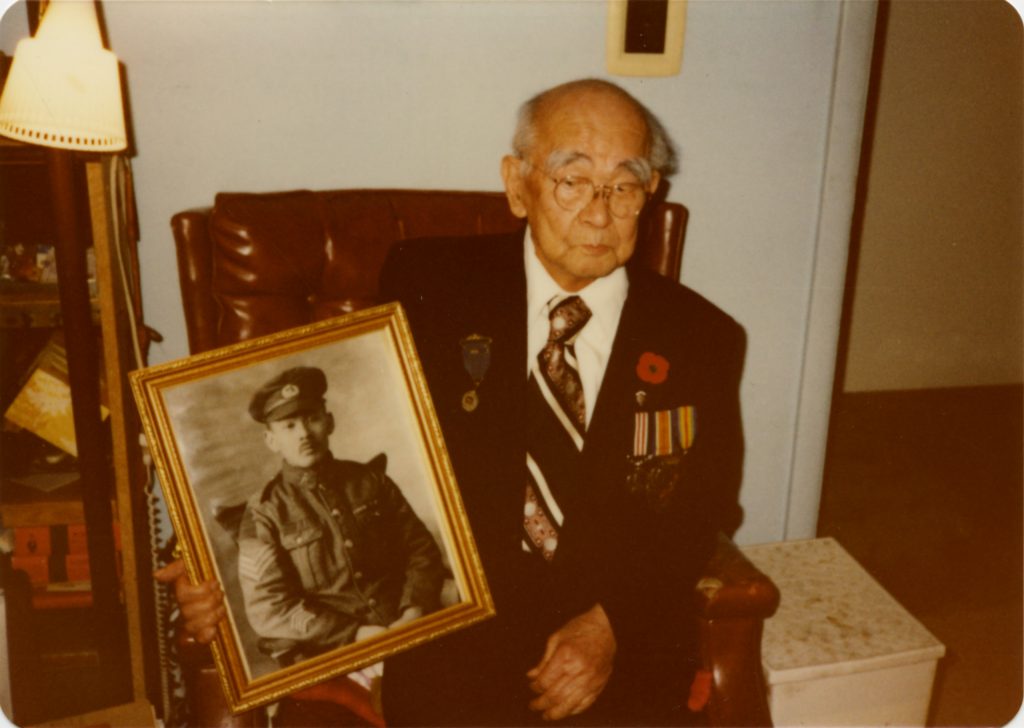 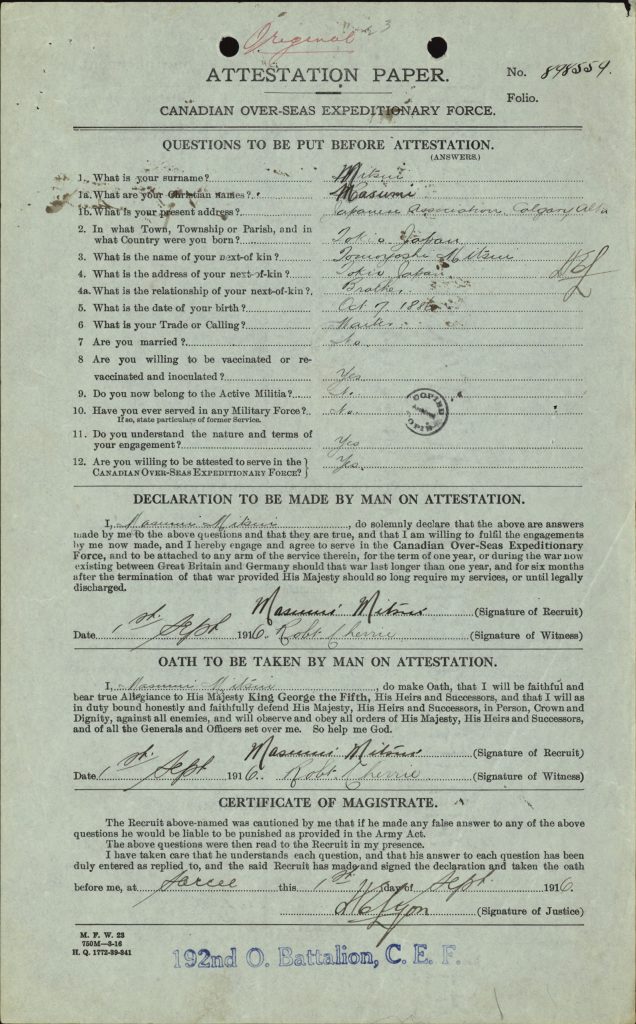 During the First World War, Sergeant Masumi Mitsui was awarded the Military Medal for his bravery in leading 35 men into battle at Hill 70, near Lens, France in August 1917. When he returned home to British Columbia, he worked to secure Japanese Canadians’ right to vote. Mitsui and other activists were partially successful in 1931, when Japanese Canadian veterans became the first members of the community allowed to cast ballots in the province.

During the Second World War, Masumi Mitsui was among the 22,000 Japanese Canadians whose possessions were seized and who were forced to relocate to internment camps. He threw his First World War medals down in protest in front of an internment official, proclaiming, “I served my country. You’ve taken everything away from me…. What are the good of my medals?”

After the Second World War, Mitsui struggled with how to mark Remembrance Day. He wanted to honour his fellow soldiers, but he was enraged by the injustice he had endured. For nearly four decades, Mitsui avoided public ceremonies, instead engaging in private reflection. Dressed in his uniform and medals, he paid his respects to Canada’s soldiers.

Masumi Mitsui was one of the last surviving Japanese Canadian veterans of the First World War. He passed away in 1987, leaving behind a powerful history of service and activism.

A Photograph of Masumi Mitsui