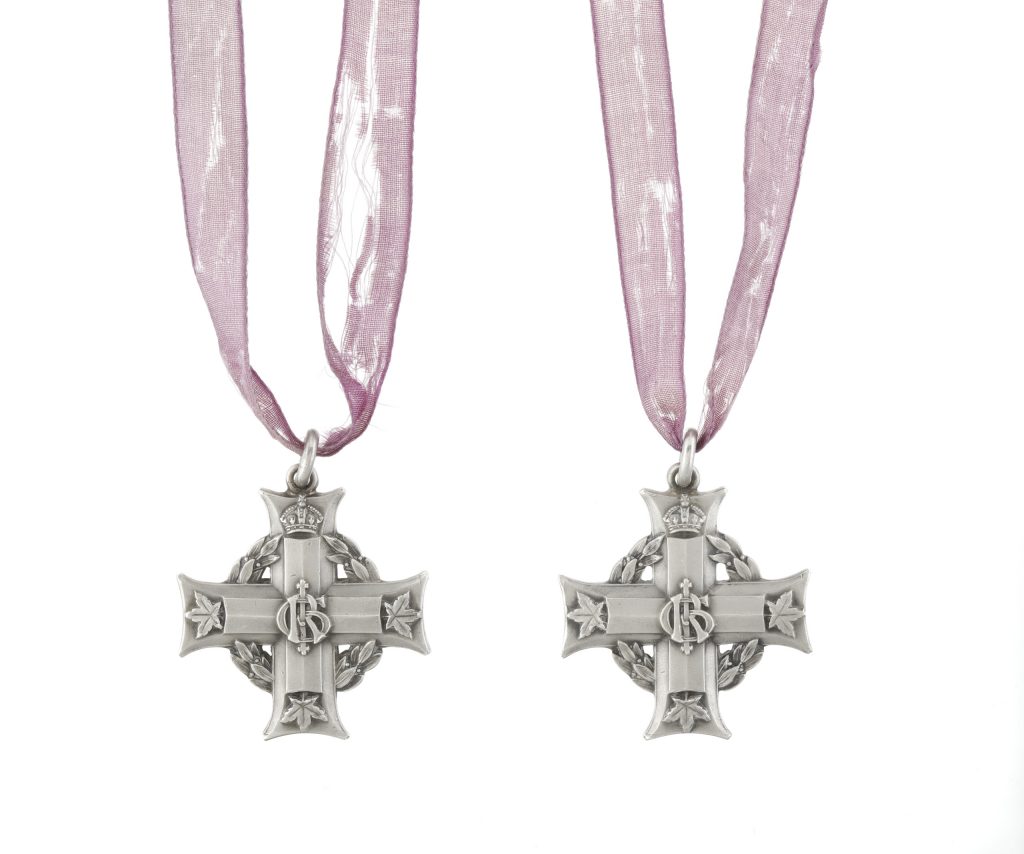 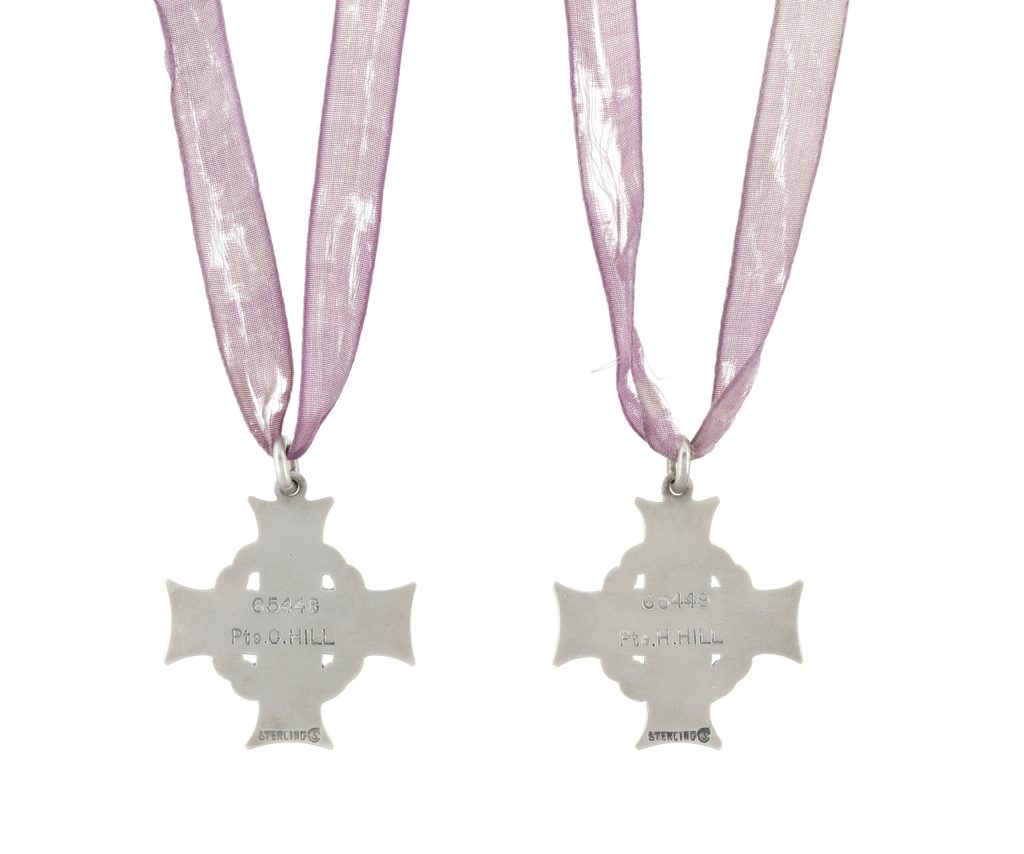 The Memorial Cross — also known as the Silver Cross — was created in 1919 as a way of recognizing Canadians killed in the First World War. Initially, it was issued to the wives and mothers of military personnel who died in service or whose death was attributed to service. Today, the Canadian government continues to issue this cross, but Canadian Forces members can designate up to three recipients. It’s not automatically given to the wife or mother of the deceased. More than 90,000 Silver Crosses have been awarded since 1919. They are stark reminders of the personal losses associated with war.

Brothers Cyril and Horace Hill, from Montréal, Quebec, were killed together on 30 April 1916 by a German shell. Their mother, Hannah, received these Memorial Crosses in their memory. The brothers are buried in adjacent graves in Dickebusch New Miltiary Cemetery, in Belgium.