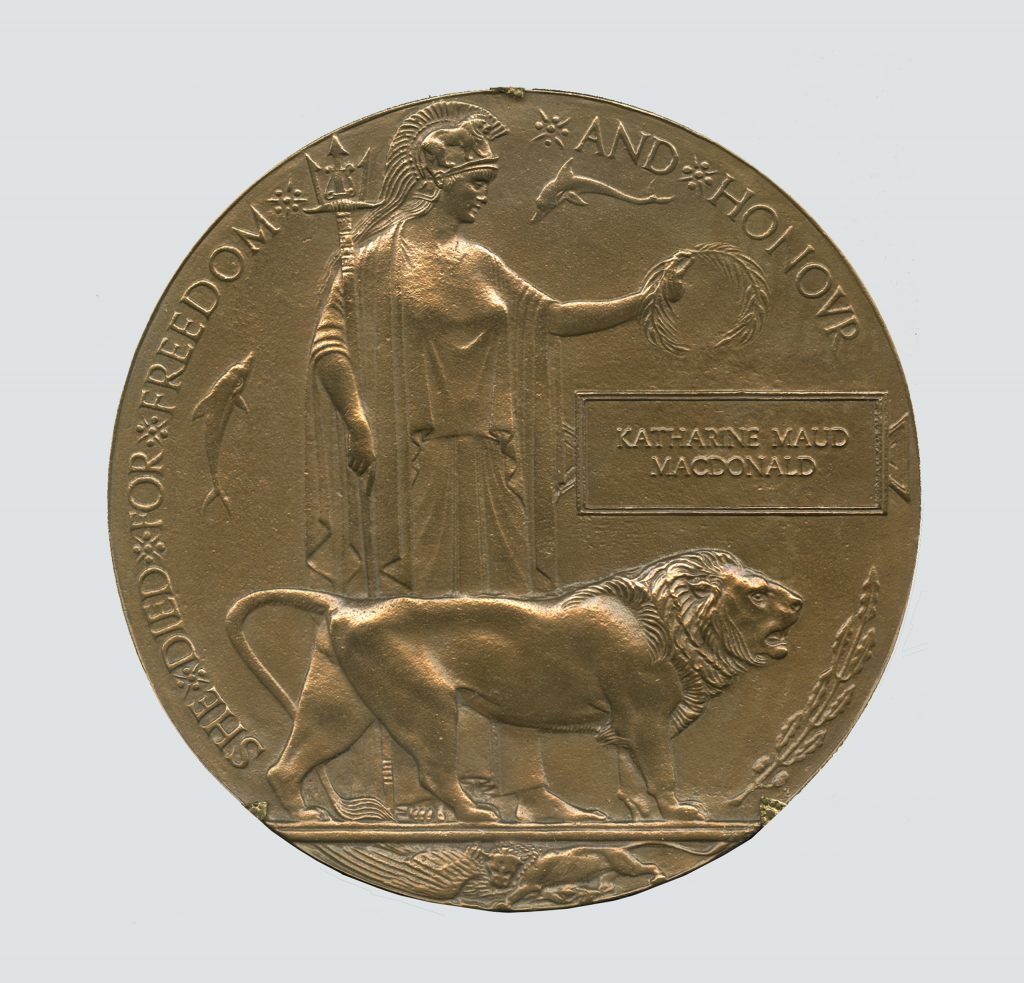 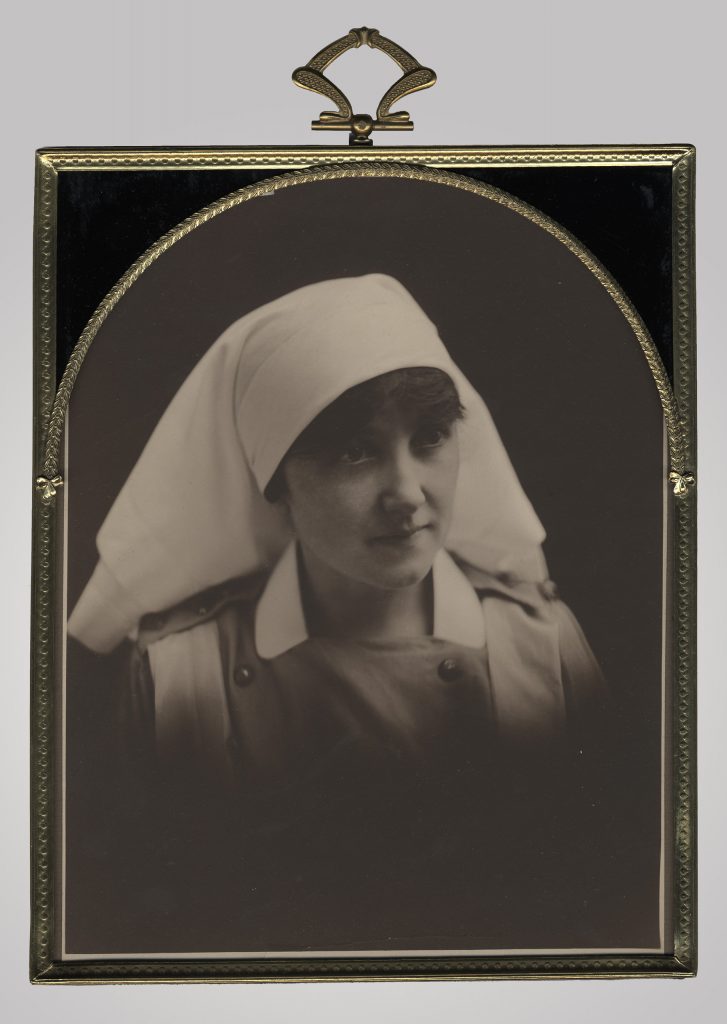 After the First World War, the British government issued a Memorial Plaque to the next of kin of all British and Commonwealth war dead, including Canadians. Inscribed with the name of the person who had died, the plaque was known informally as the “Dead Man’s Penny” because it was similar to an oversized one-cent coin in shape and colour.

The family of Canadian Nursing Sister Katherine Maud Macdonald received this plaque following her death on 19 May 1918. She was killed during a German aerial bombing raid on No. 1 Canadian General Hospital at Étaples, France. A resident of Brantford, Ontario, Macdonald was the first Canadian nursing sister killed by enemy action during the First World War.