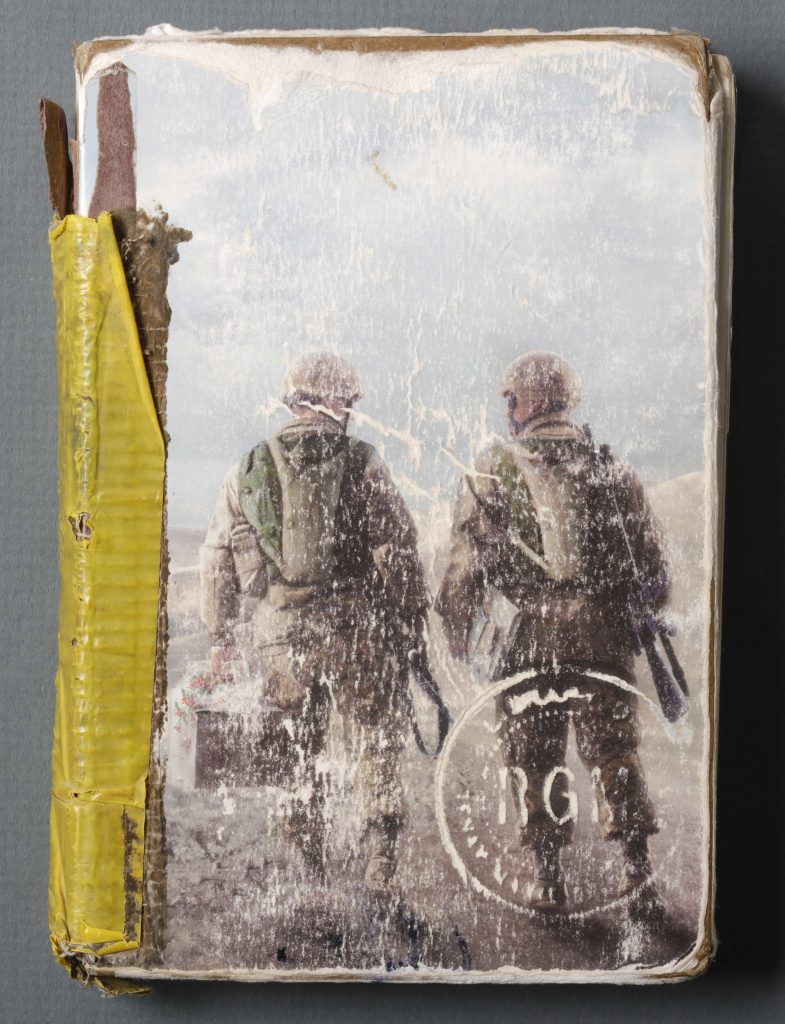 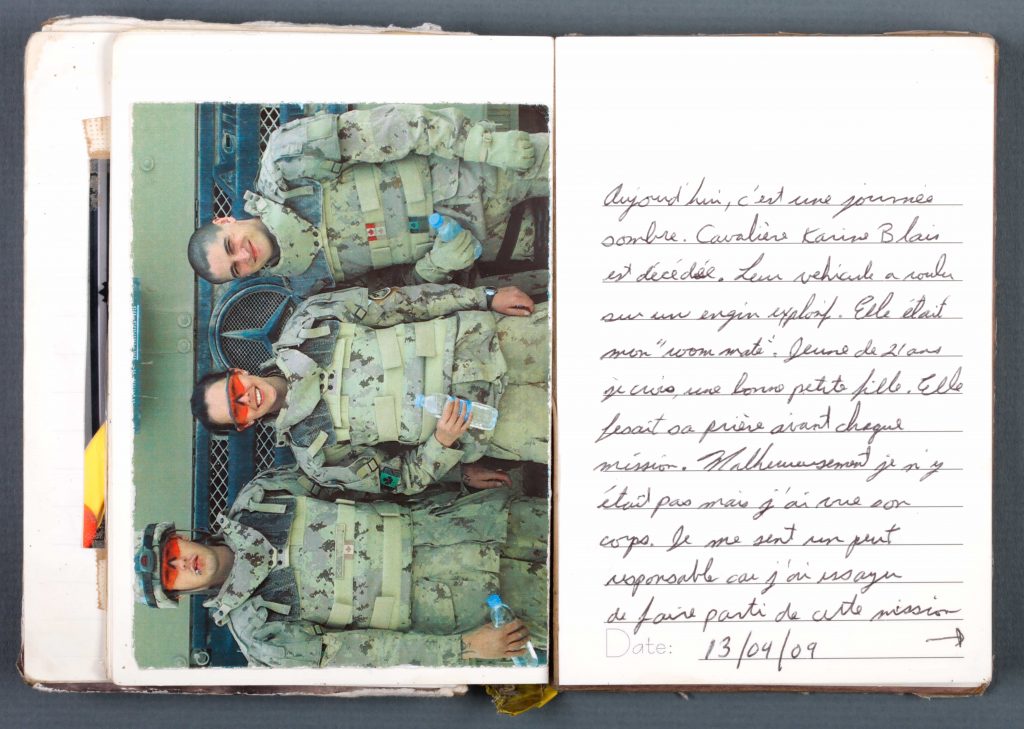 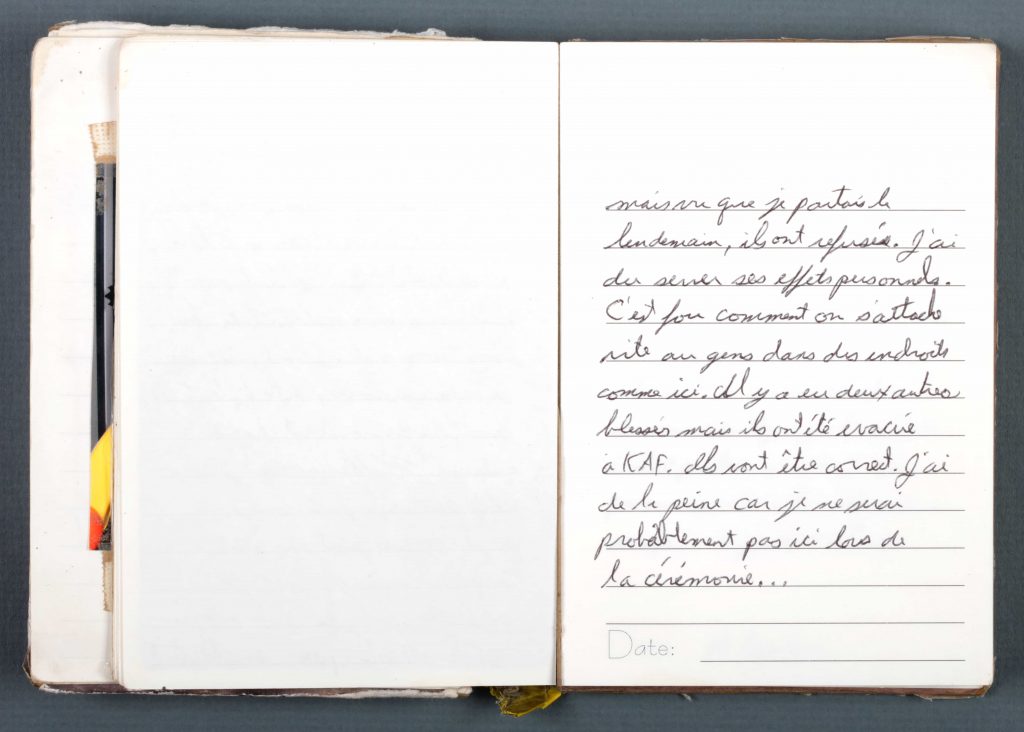 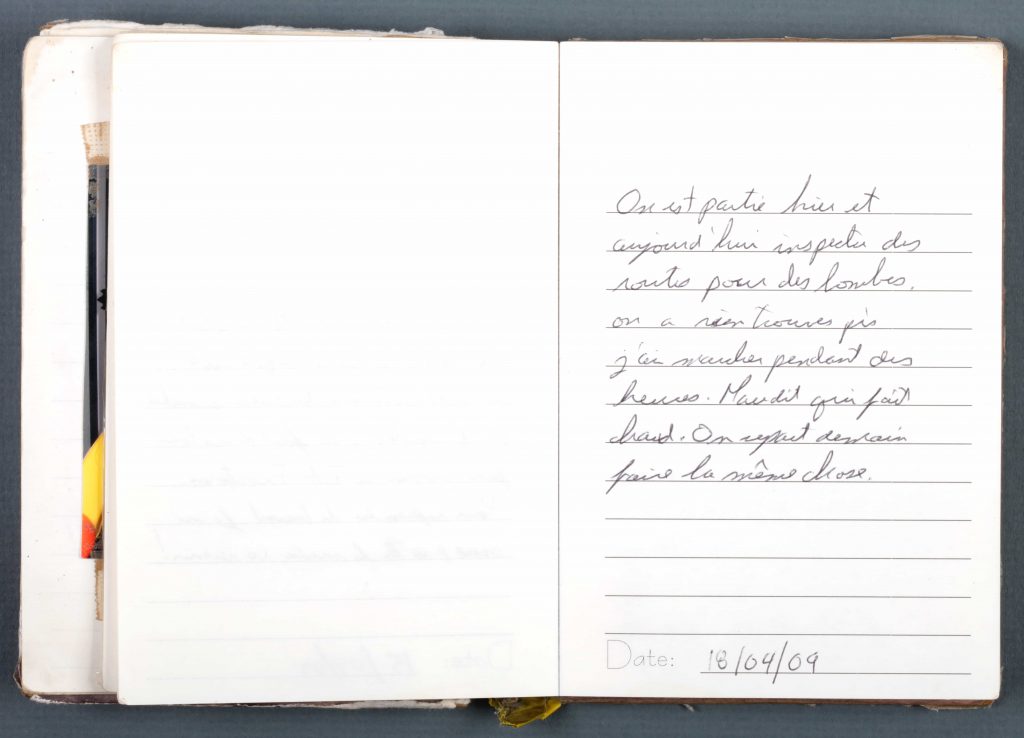 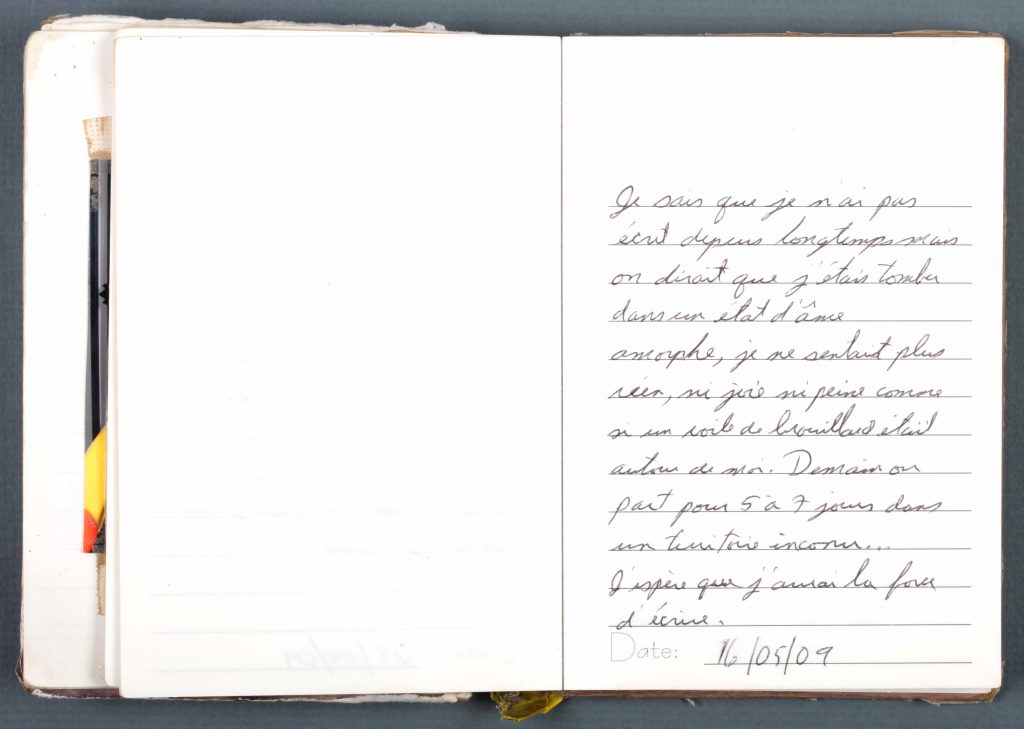 Master Corporal Martin Rouleau served in Afghanistan in 2004, 2007 and 2009. He kept this diary during his last tour, writing about his unit’s movements as well as his feelings vis-à-vis the dangers he faced.

This pocket-sized diary was created for soldiers to carry with them during service in Afghanistan. It contains the inscription, “Future generations will know and understand only if you take the time to write your experiences down.”

The Cartridge Case from the Funeral of Nichola Goddard

13 April 2009
Today is a sombre day. Trooper Karine Blais has died. Their vehicle rolled over an explosive device. She was my roommate. She was young, 21, I think. A nice young girl. She would pray before each mission. Unfortunately, I wasn’t there, but I saw her body. I feel a little responsible because I tried to join that mission, but since I was leaving the day after, they didn’t let me. I had to pack up her personal belongings. It’s crazy how quickly we get attached to people in places like this. There were two others wounded, but they were evacuated to KAF. They’ll be OK. It hurts that I probably won’t be here for the ceremony…

18 April 2009
We left yesterday and today, inspecting roads for bombs. We didn’t find anything and I walked for hours. Damn it’s hot. We’re leaving again tomorrow to do the same thing.

16 May 2009
I know I haven’t written in a long time but it’s as if I had fallen into a really lethargic state of mind – I didn’t feel anything anymore, no happiness or sorrow, like a cloud of fog was all around me. Tomorrow we leave for 5 to 7 days into unknown territory. I hope I have the strength to write.