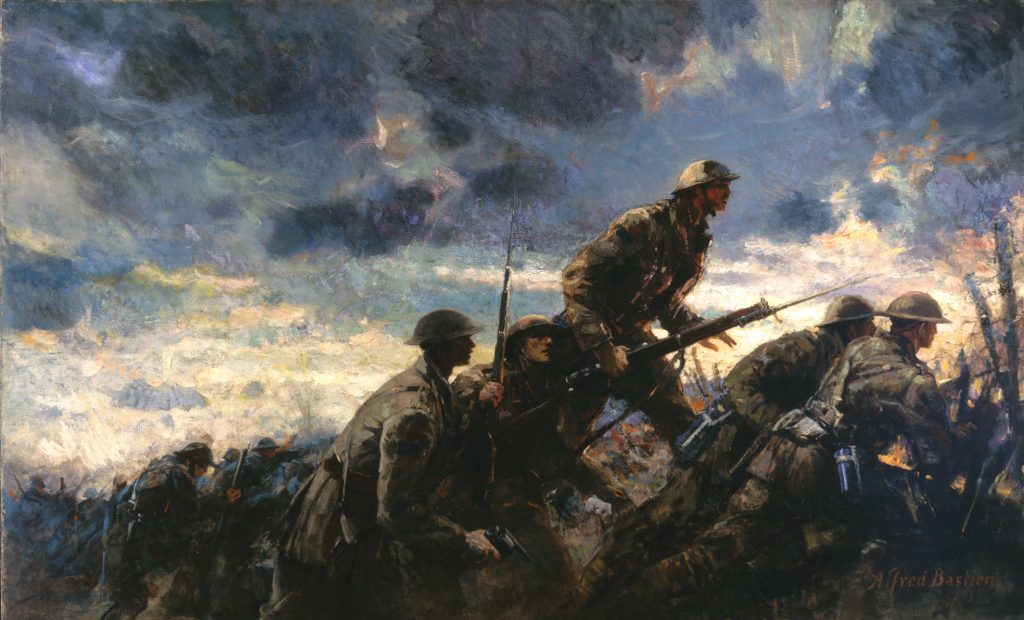 One aspect of First World War trench warfare was the harrowing moment when soldiers left the trenches to go “over the top” and launch an attack.

Canadian soldier Harold Simpson described a soldier’s anxiety, “knowing exactly that at the end of a few minutes he will be called upon to face the most fiendish and effective instruments of destruction that modern science has been able to invent, from the fifteen inch shell to the Mills bomb, from liquid fire to gas.”

Belgian artist Alfred Bastien depicts an attack by the 22nd Battalion at Neuville-Vitasse, a German-fortified village in occupied France, in late August 1918. Major Georges Vanier, later the Governor General of Canada, maintained that he was the officer holding the pistol leading the assault.