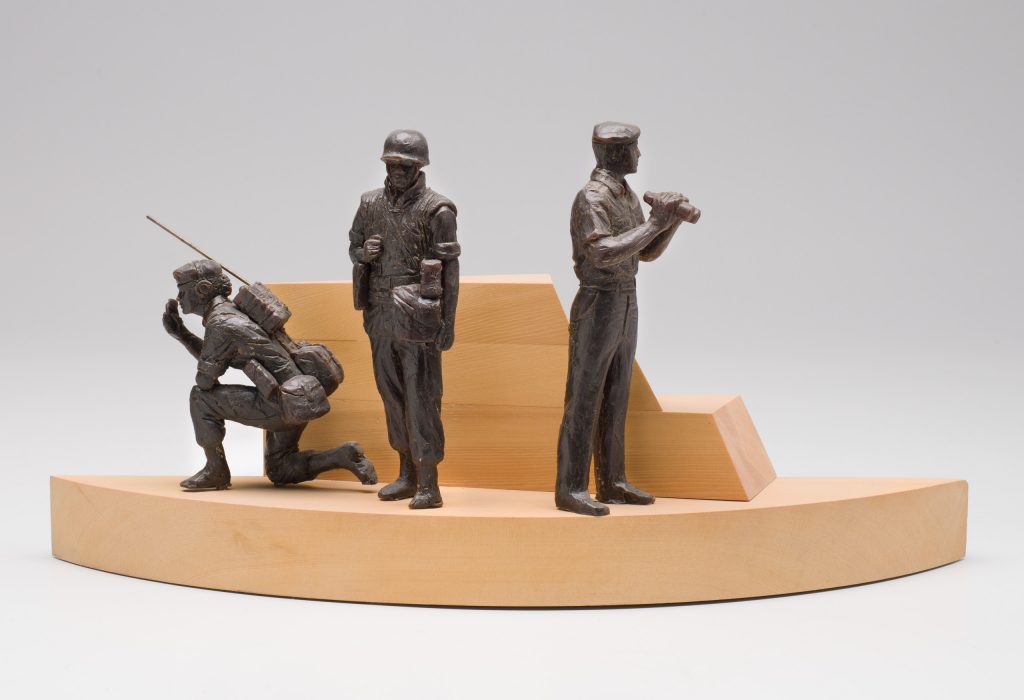 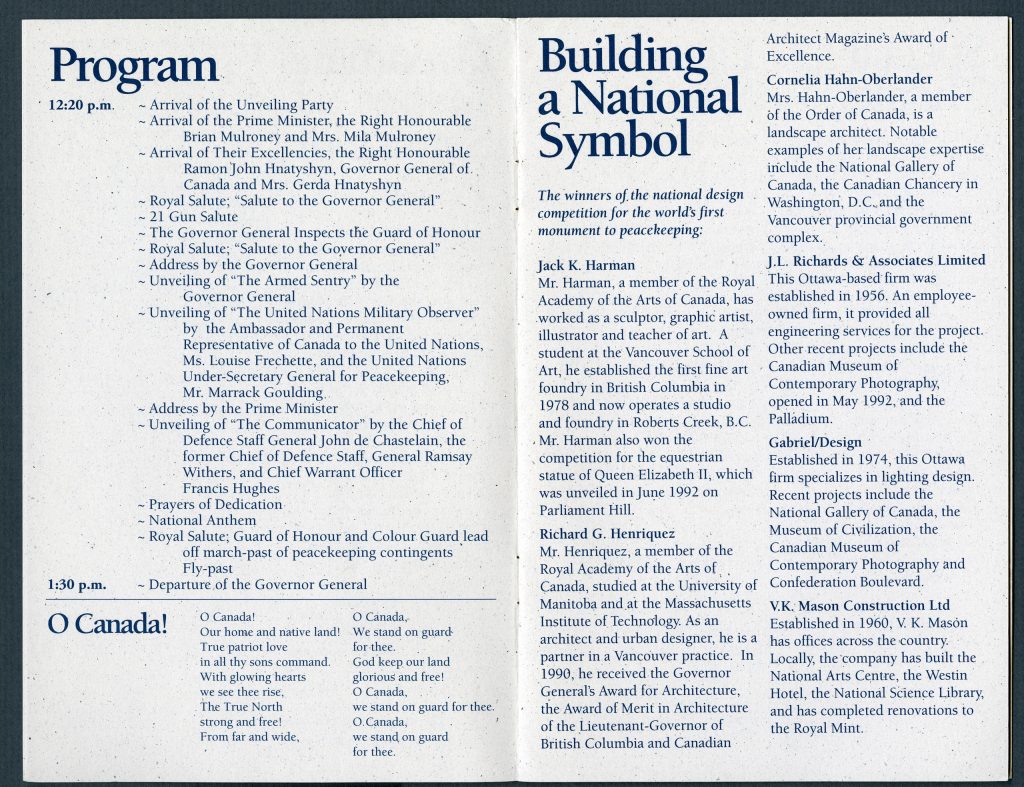 In 1990, the Canadian government held a competition to create a monument as a tribute to Canadian peacekeepers and the country’s commitment to world peace. The winning submission, entitled The Reconciliation, was dedicated in Ottawa on 8 October 1992.

Artist Jack Kenneth Harman, of Vancouver, British Columbia, created this maquette out of wood and wax. These three figures were later cast in bronze. Representing members of the Canadian Armed Forces, they symbolically oversee the reconciliation of those at war. Harman explained his choice to depict the uniformed figures in alert, active stances: “I wanted to stress the idea that [peacekeeping] is a dangerous business.”