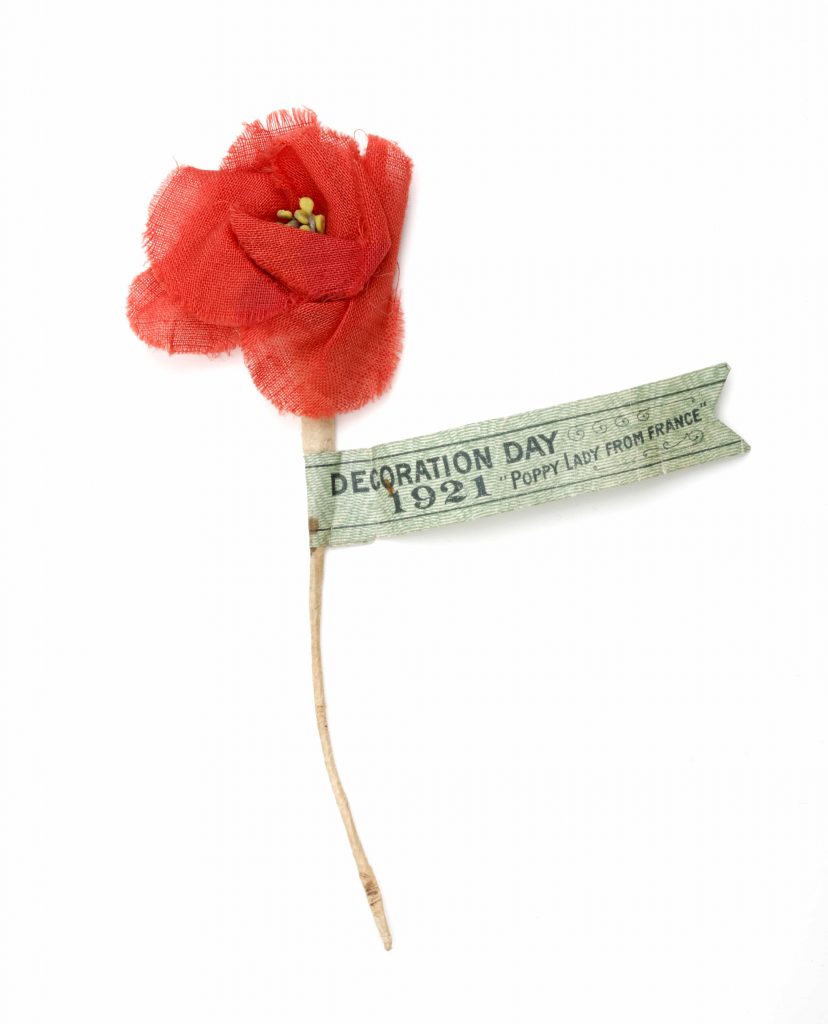 Anna Guérin, of France, was also moved by the poppy and the poem. Guérin travelled to Britain and Canada in 1921 and convinced the recently formed British Legion and Canadian Great War Veterans Association (a precursor of the Canadian Legion) to adopt the poppy as the symbol of remembrance.

The tag on this poppy reads “Decoration Day 1921” (the original name of Memorial Day in the United States) and “Poppy Lady from France” (a reference to Anna Guérin).