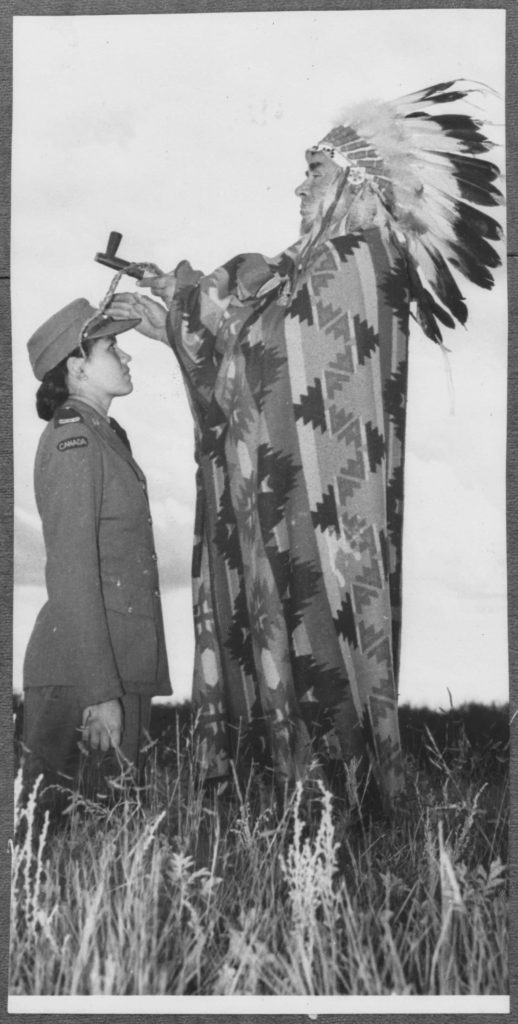 When Mary Greyeyes joined the Canadian Women’s Army Corps, she was looking for opportunities beyond those available on the Maskêko-Sâkahikanihk (Muskeg Lake Cree Nation) reserve. She never imagined that her image would be seen around the world.

In June 1942, Greyeyes was asked to appear in a promotional photograph, in exchange for lunch and a new uniform. Harry Ball, an Indigenous First World War veteran, was paid $20 to do the same. Greyeyes knelt before him, the photographer captured the scene, and the image became part of our history.

The photograph appeared in newspapers across Canada and Britain. For decades, it carried the caption: “Unidentified Indian princess getting blessing from her chief and father to go fight in the war.”

In fact, “princess” is a European concept that was frequently misapplied to young Indigenous women; Ball was neither a Chief nor her father; and the scene was an imitation ceremony, done for the benefit of the camera.