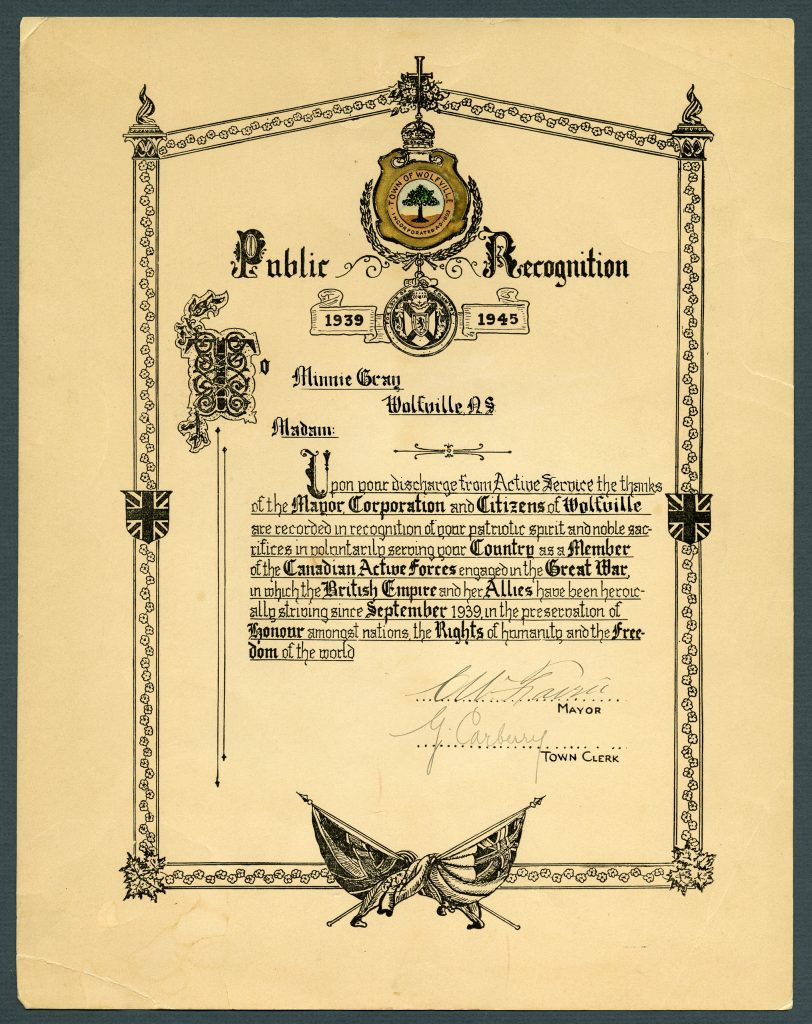 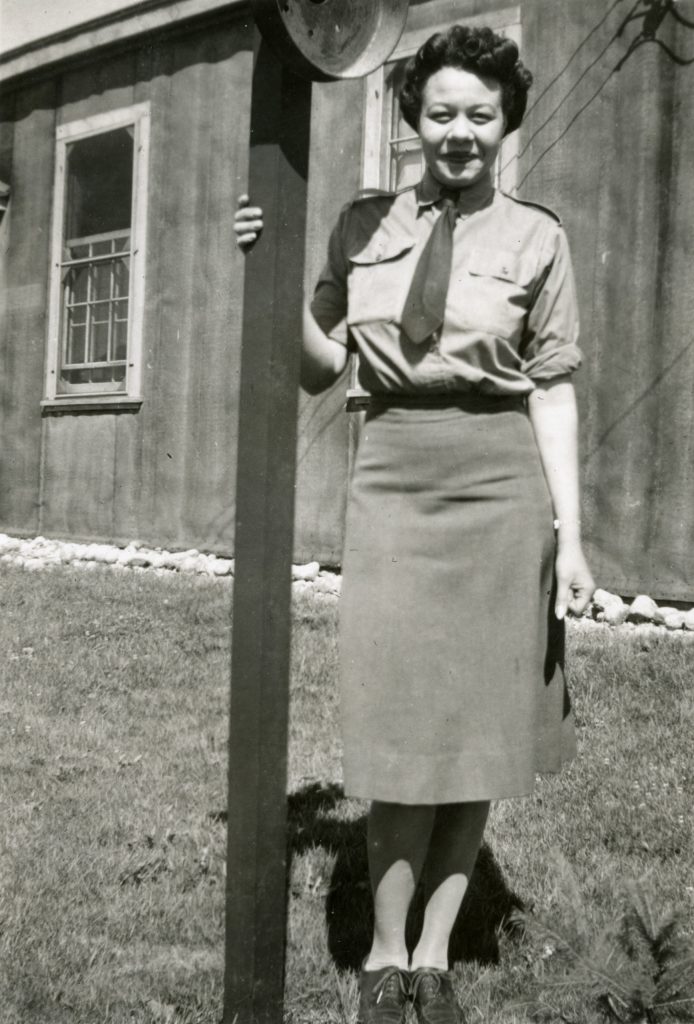 When the Second World War began, Black Nova Scotian Minnie Gray joined the Wolfville Women’s Volunteer Corps. She later enlisted in the Canadian Women’s Army Corps, at the age of 32. The army trained her as a medical orderly, but soon offered her an expanded role as chaperone to the all-female military pipe band stationed in Apeldoorn, the Netherlands. Over the course of seven months, Gray accompanied the band members, who she affectionately referred to as her kids, as they entertained troops and civilians.

Following the war, Gray’s hometown of Wolfville, Nova Scotia honoured her service to Canada with this certificate. Motivated by her war experience, the newly returned veteran built on her skills and experience to pursue further studies and employment in health care.

Upon your discharge from Active Service the thanks of the Mayor Corporation and Citizens of Wolfville are recorded in recognition of your patriotic spirit and noble sacrifices in voluntarily serving your Country as a Member of the Canadian Active Forces engaged in the Great War in which the British Empire and her Allies have been heroically striving since September 1939, in the preservation of honour amongst nations, the Rights of humanity, and the freedom of the world.