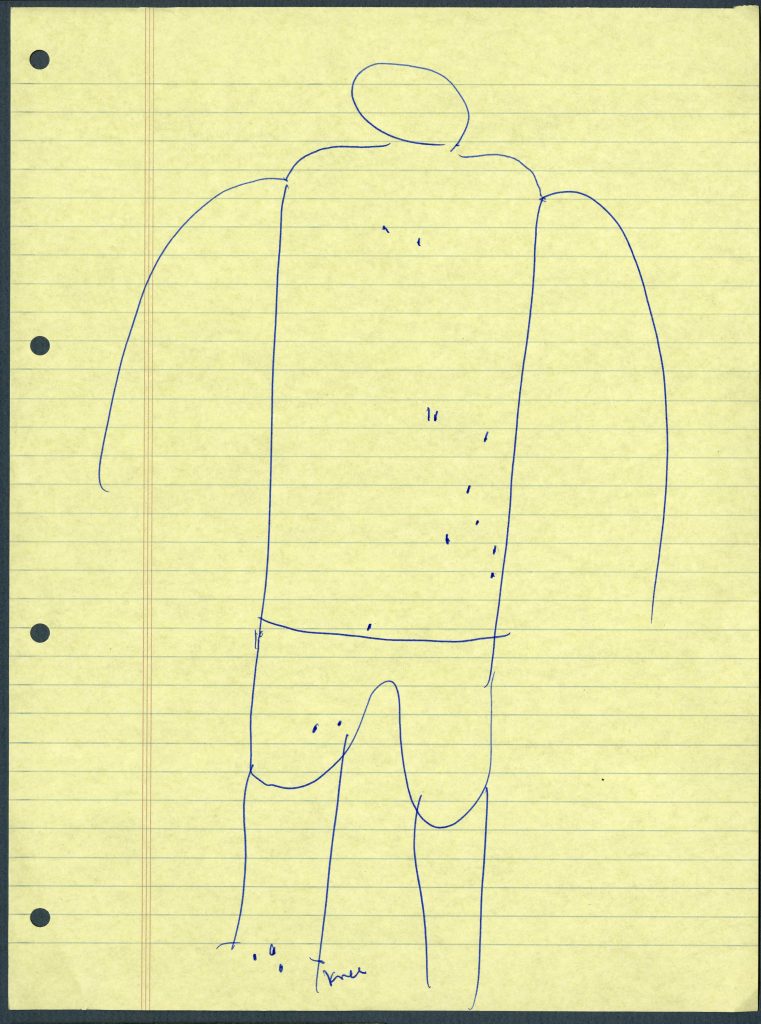 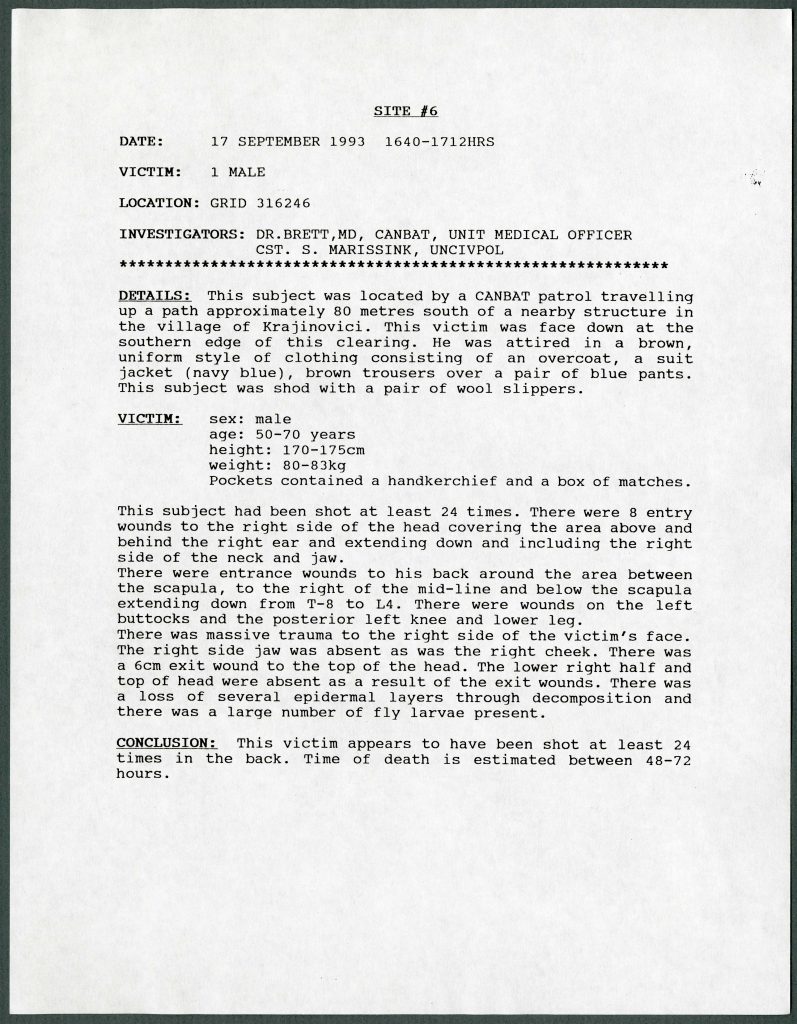 Royal Canadian Mounted Police Constable Steve Marissink prepared this report for the United Nations Civilian Police in the aftermath of the September 1993 Medak Pocket battle in Croatia. The report records the destruction of buildings, the discovery of dead bodies, and the location and condition in which they were found.

The diagram and matter-of-fact description of a victim of ethnic genocide provides only a glimpse into the human cost of war and serves as a powerful reminder that peacekeepers bore witness to tremendous suffering.


Details: This subject was located by a CANBAT patrol travelling up a path approximately 80 metres south of a nearby structure in the village of Krajinovici. This victim was face down at the southern edge of this clearing. He was attired in a brown, uniform style of clothing consisting of an overcoat, a suit jacket (navy blue), brown trousers over a pair of blue pants. This subject was shod with a pair of wool slippers.

There were entrance wounds to his back around the area between the scapula, to the right of the mid-line and below the scapula extending down from T-8 to L4. There were wounds on the left buttocks and the posterior left knee and lower leg.

Conclusion: This victim appears to have been shot at least 24 times in the back. Time of death is estimated between 48–72 hours.