The Museum is closed until further notice, due to the latest COVID-19 restrictions.

Please visit Museum at Home for rich and dynamic digital offerings during the closure. 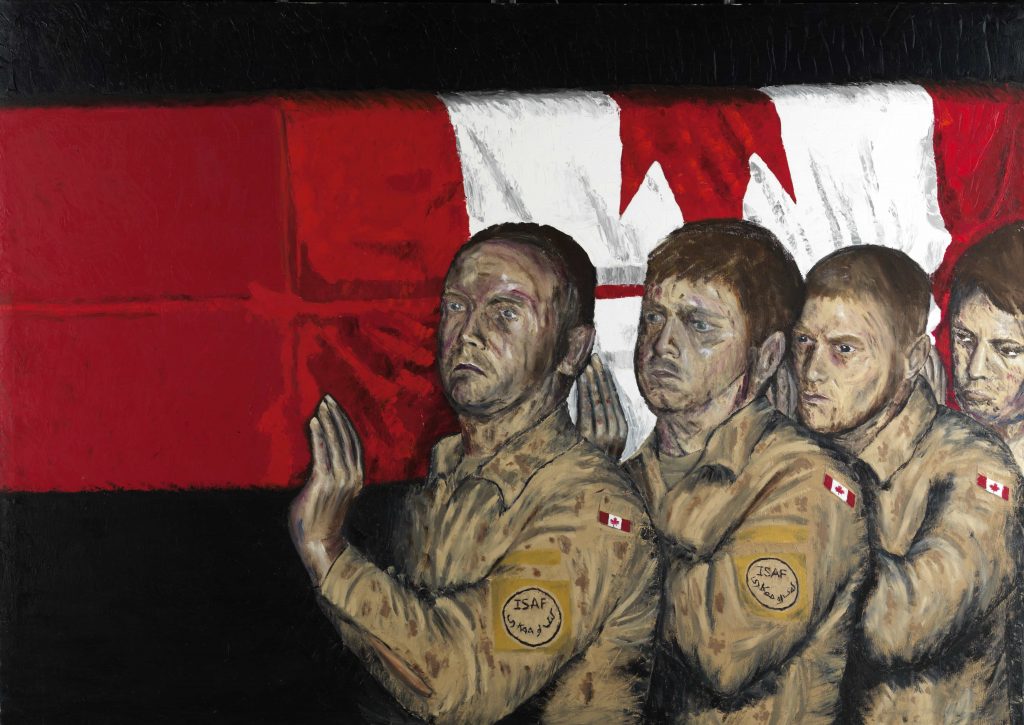 Corporal Matthew McCully was killed in Afghanistan on 25 May 2007. He was the first Signal Operator killed in Afghanistan. While not a trained artist, fellow Signal Operator Corporal Joel Green was moved by the emotions he saw on the faces of the servicemen who carried McCully’s casket during the ramp ceremony. He was inspired to create this painting as an expression of the soldiers’ strength and humanity.

Green described the ramp ceremony as follows: “Though there’s a thousand troops on parade, and the pipes play, you can hear a pin drop. It’s an experience that’s very solemn, but special, and immediately instils an odd sense of pride and respect. Carrying a soldier to his plane is something that nobody wants to do, but everyone would volunteer for.”

McCully was one of 158 members of the Canadian Armed Forces who were killed in the Afghanistan War.