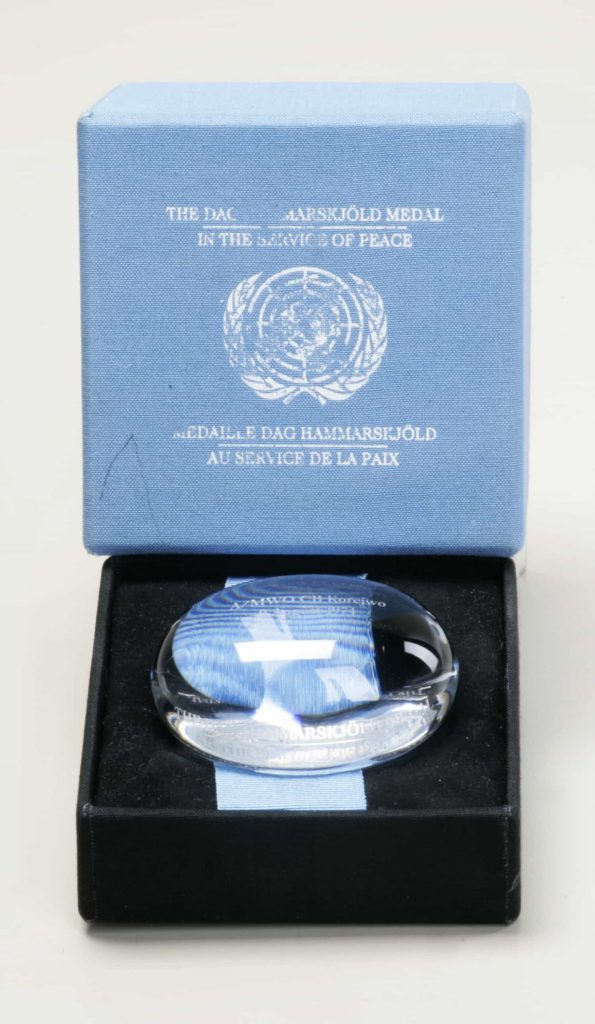 On 9 August 1974, nine Canadian passengers and crew were killed when a Syrian missile shot down Canadian Buffalo aircraft 115461, flying from Ismailia, Egypt to Damascus as part of a United Nations peacekeeping mission. The United Nations posthumously awarded this medal to Master Warrant Officer Cyril Korejwo, one of the nine Canadians who lost their lives in the attack.

In 2008, Canada established 9 August as National Peacekeepers’ Day in recognition of this tragedy—the single greatest loss of Canadian lives on a peacekeeping mission.

The medal is named after Dag Hammarskjöld, the United Nations Secretary General who died in a plane crash over Zambia in 1961. It is awarded in recognition of those killed in the line of peacekeeping duties.