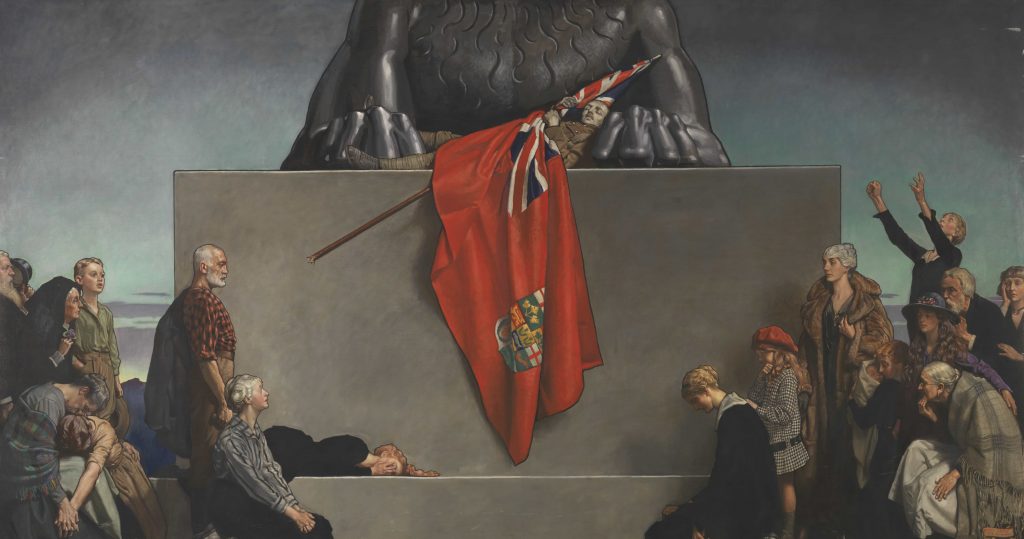 During the First World War, Canadian multi-millionaire press baron Sir Max Aitken (later Lord Beaverbrook) established the Canadian War Memorials Fund, a charity that commissioned artists to capture a visual legacy of the war. The Fund employed more than 100 artists. They produced over 800 paintings, prints and sculptures — poignant reflections of the Canadian wartime experience. After the war, an exhibition of the works toured internationally to great acclaim.

The Flag, painted by Byam Shaw, was one of the most evocative paintings in the exhibition. Audiences were moved by its representation of the soldier’s sacrifice, conveyed with a dead, uniformed body, draped in a Canadian Red Ensign, laying at the paws of a lion (a symbol of Britain). In the foreground, men, women, and children mourn the loss.