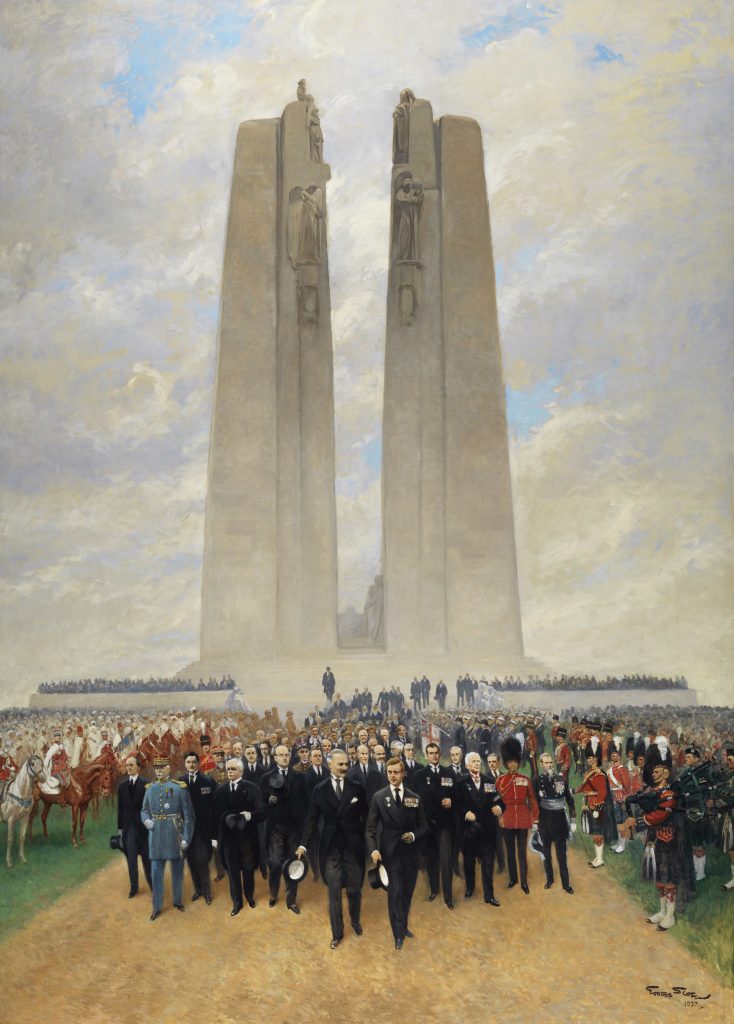 This painting commemorates the unveiling of the Canadian National Vimy Memorial on 26 July 1936. In the foreground are participants in the ceremonies associated with the unveiling, which was known as the Vimy Pilgrimage. King Edward VIII is in the very front. Toward the back is Charlotte Wood, Canada’s first Silver Cross Mother (representing the mothers of Canada’s war dead).

In the background of the painting, the Vimy Memorial stands tall. The memorial was designed by Canadian architect and sculptor Walter Allward. It features allegorical figures, such as Hope, Faith, Justice, Charity, Honour, and Peace. Allward believed they represented the values for which Canadians fought the war. Others, associated with sacrifice and grief, focus on the horrors of war. Unseen, and yet a powerful element to the memorial, is the engraved names of 11,285 Canadians who died in France with no known graves.

At the Formal Unveiling of Vimy Memorial