See more. Do more. Save more.

With donor support, the Museum reaches thousands of Canadians each year through its extensive educational programs. On-site curriculum-based school programming, online resources such as the Canada and the First World War module and travelling resources like Supply Line encourage lifelong learning about our military history.

Thank you! See the impact of your support

Watch this special video that shows the deep impact your support is having on Canadians. Because of you, children in every corner of Canada will learn about our history, the service and sacrifice of our veterans will always be remembered, and the stories and events that have shaped our country will continue to be told. You help make everything we do possible. Thank you!

The triannual newsletter Kudos! celebrates our donors and supporters, and highlights the work made possible by their gifts.

Who are you remembering? 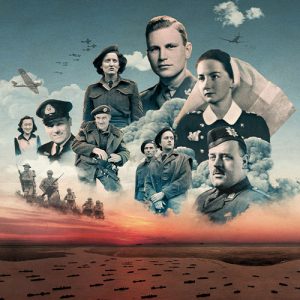 Over the last year, the following Partners’ Circle donors made a special gift in memory or in honour of a loved one.

With your support, we can ensure that Canada’s military history is shared with future generations at the Museum, online and around the country.

Need more information? We are here to help.