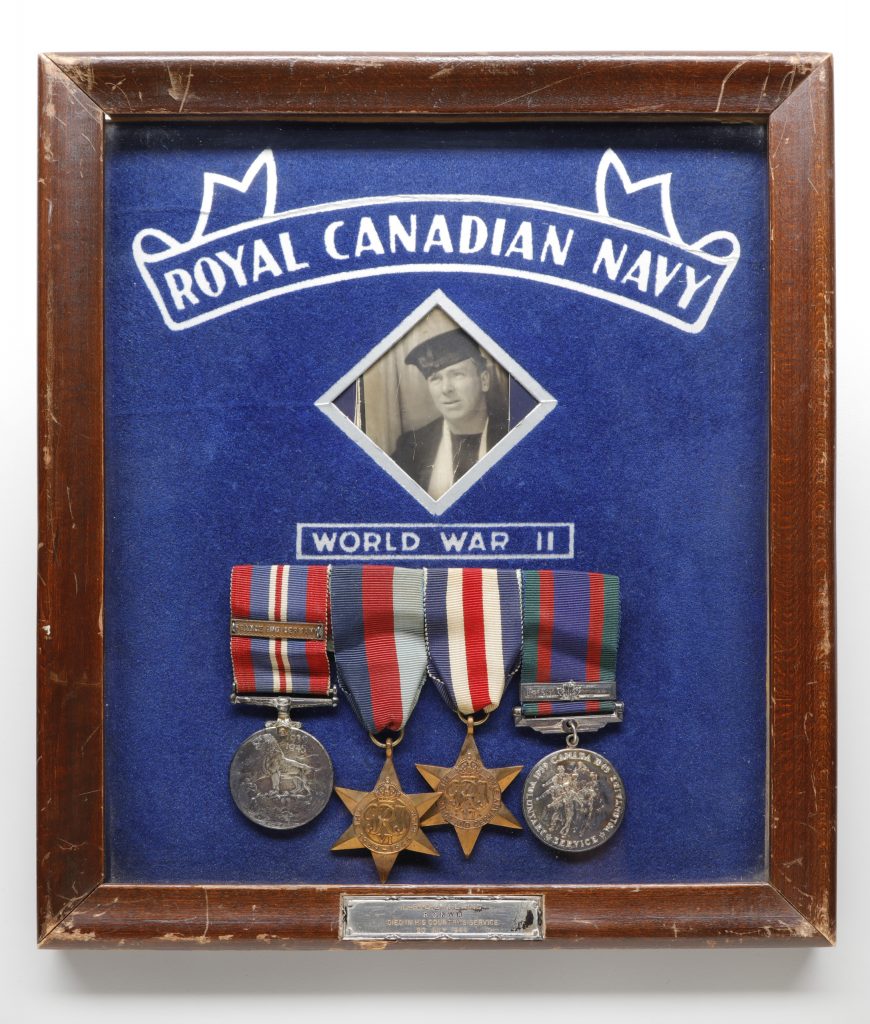 John “Scotty” Laing served in the Royal Canadian Navy during the Second World War. He was killed at sea on 20 July 1944 when his ship, HMCS Matane, was struck by a glider bomb launched from a German aircraft. His parents, William and Annie Laing, honoured his memory by displaying his photograph and medal set.

Eight of William and Annie’s sons served in the war. John was the only one who was killed, though another, Angus, suffered from post-traumatic stress after the war.